An Evening with Amanda Hesser at ICE

Last night, ICE’s Center for Food Media hosted Amanda Hesser in the An Evening With… series. 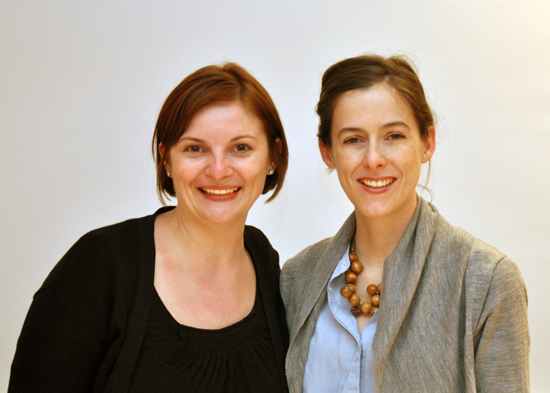 Hesser is best known for her role as food columnist and editor at the New York Times for more than a decade. She has also written The Cook and the Gardener and Cooking for Mr. Latte and edited a collection of food essays, Eat, Memory. Her latest book, The Essential New York Times Cookbook: Classic Recipes for a New Century is a compilation of 1,100 recipes from the New York Times going back to the 1850s (and it was just nominated for a James Beard Award). She is also the co-founder of Food52, an ever-growing website dedicated to building a network and community of cooks. Hesser did not always want to be a food writer. In fact, she studied economics and finance and university, but she followed her love of food to Europe where she worked in bakeries and restaurants in Germany, Switzerland, Italy, and France. During her time abroad, she wrote letters to her friends and family back home and found that she really enjoyed it and began to consider writing as a possible career.

While working in France for Anne Willan, the founder of La Varenne, a cooking school, she met the French gardener who would become the subject of her first book, The Cook and the Gardener. After completing the book, she began working at the Times. Hesser said, “When I turned in my first story, my editor told me it was missing a nut graf. I had no idea what that was.” After more than a decade there, she wrote over 800 stories for the newspaper, ranging from restaurant reviews to recipe columns. Her work there inspired her to start Food52.

As she began working on The Essential New York Times Cookbook, she asked readers for their favorite recipes from the paper’s history. When compiling all the recipes, she and friend Merrill Stubbs noticed that the recipes that stood out were not from famous restaurant chefs or well-known food writers, rather they came from home cooks. These recipes, which Hesser called “innovative, but totally practical,” were the inspiration for the duo to start curating home cook’s recipes on Food52. Now, Food52’s members submit recipes to weekly contests, help each other solve food pickles and test each other’s recipes. In this spirit of support, the site has quickly become a hot spot for food lovers to discuss and develop recipes and techniques. In fact, ICE Chef Instructor James Briscione and several ICE alumni will be included in the first edition of the Food52 cookbook.