When Kim O’Donnel traded in her journalism career for a future in food, she never expected that her true calling would mix her two passions.

Kim was among the country’s first digital food correspondents, breaking ground as a writer for the original Washington Post website. Since then, she has become one of the country’s most respected food writers, celebrated by the M.F.K. Fisher Awards for Excellence in Culinary Writingand serving on the James Beard Foundation’s Journalism Awards Committee. Read on to learn how Kim made her mark on the industry. 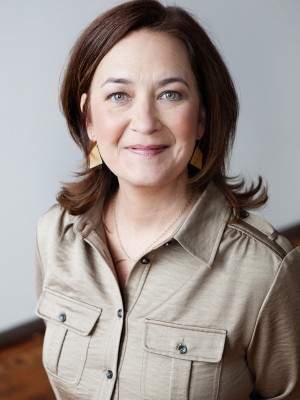 Originally, I worked as a reporter for about five years before exploring a culinary career. Once I realized I wanted to work in food, I pursued a job under James Beard Award winner Ann Cashion in Washington, D.C. It was in the days of pre-Internet communication, so I typed her a note (on an electric typewriter) asking about openings at Cashion’s Eat Place for rookies, like myself, who wanted to learn. Ann came to be one of my mentors, and what I learned on the job in just five months really set me up for culinary school.

What was it specifically that attracted you to the program?

The program at ICE felt long enough to dive in, but short enough to get back to my life, or a new version of it, quickly. I wasn’t interested in two-year programs.

Where was your externship? Did it help you make any meaningful connections in the industry?

I started out in a high-end seafood restaurant in Philadelphia, but that was not a good fit for me, to say the least. I felt as if I was a working in a factory—the focus was all about how much we could get done and how fast we could do it. So I switched to the kitchen at MANNA, a nonprofit in Philly that prepares and delivers meals for people who are homebound with HIV and other chronic illness. I learned a great deal about dietary restrictions and food as medicine, and I loved the mission of the organization.

As my externship was ending, I got a call about a job in Washington, D.C. working with the Washington Post and “something called the Internet.” It turns out it was WashingtonPost.com, and they were building their first team of feature writers, including someone to write about restaurants. I was offered the job but had a crisis of conscience. At the time, I was thinking, “What am I doing taking a desk job after I just finished my culinary training?” One of my mentors—Gillian Clark, the sous chef at Cashion’s Eat Place—told me, “You can always cook. Go see what this is about.” It ended up being the beginning of yet another career path, marrying my writing experience with my culinary training. For the next eight years, I worked on staff producing first-generation cooking videos, hosting a weekly cooking chat and exploring the different ways we could approach internet content through the lens of food. During the same period, as a freelancer, I wrote a daily column called Mighty Appetite, which took my food writing to another level. I’ve since written for Real Simple, USA Today and other publications. From there, I got the bug to write cookbooks. I’ve now spent 17 years in the industry and it has been anything but dull! 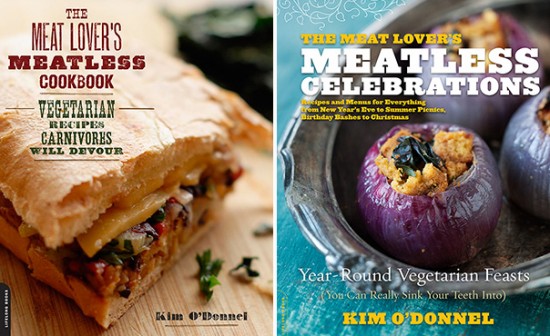 Are there any professional accomplishments of which you are particularly proud?

As far as awards, I earned second place in the 2014 M.F.K. Fisher Awards for Excellence in Culinary Writing, awarded by Les Dames d’Escoffier International. I’ve also been featured in the 2013 and 2014 editions of Best Food Writing, an annual anthology, and sit on the Journalism Awards Committee of the James Beard Foundation. On a more personal level, my two cookbooks, Meat Lover’s Meatless Cookbook and Meatless Celebrations aim to help meat lovers (like myself) dial back and make a little more room for plants on their plates. Additionally, for the past three years, I’ve been honored to teach cooking classes at Rancho La Puerta, a spa in the Baja peninsula of Mexico. We cook from the school’s six-acre organic garden, which is my idea of heaven. But truly the most rewarding part of my work is when I hear from readers (who share their kitchen reports about trying one of my recipes) or see the look of amazement of one of my students who gets the hang of a technique or dish once deemed too difficult. Those are moments I’m most proud of.

I primarily cook by the season, even if I’m craving strawberries in January. As part of that effort, I do a lot of preserving (I founded a group called Canning Across America in 2009), so my pantry is full of jars of berry jam, pickled carrots, jalapenos and cucumbers and tomato sauce. Having a preserved pantry really helps to “extend” the growing season, which is so gratifying. Overall, my cooking style is quite simple, not too fussy. I love creating layers of flavor through spice blends in Thai, Vietnamese, Indian and Middle Eastern cuisines.  Because we live in Seattle, we eat a lot of wild salmon, which is quite affordable and top quality. As for my writing, I aim to teach the simple pleasures of cooking at home, one crumb at a time. There’s no need to worry about “mastering the art” of anything or cooking your way through an entire recipe collection. The goal is just to cook as often as you can. From all the time I’ve spent on the road for book tours, I’ve learned that many folks are not cooking—not because they don’t want to, but because they don’t know how. My mission, going forward, is to push that needle and get more of us bellying up to the stove.

Click here to learn more about culinary careers outside the kitchen.