Our growth continues as we collaborate with ICC to integrate elements of the school as it closes.

The Institute of Culinary Education is now the preeminent private culinary school in the country as part of an agreement with the International Culinary Center (ICC) — formerly The French Culinary Institute (FCI) — which will close after current students graduate, as reported in The New York Times today.

ICE will bring the best aspects of ICC to its two campuses as part of a new agreement.​ This follows the opening of ICE's Los Angeles campus in 2018, and the introduction of the Natural Gourmet Center's plant-based cooking program in 2019. 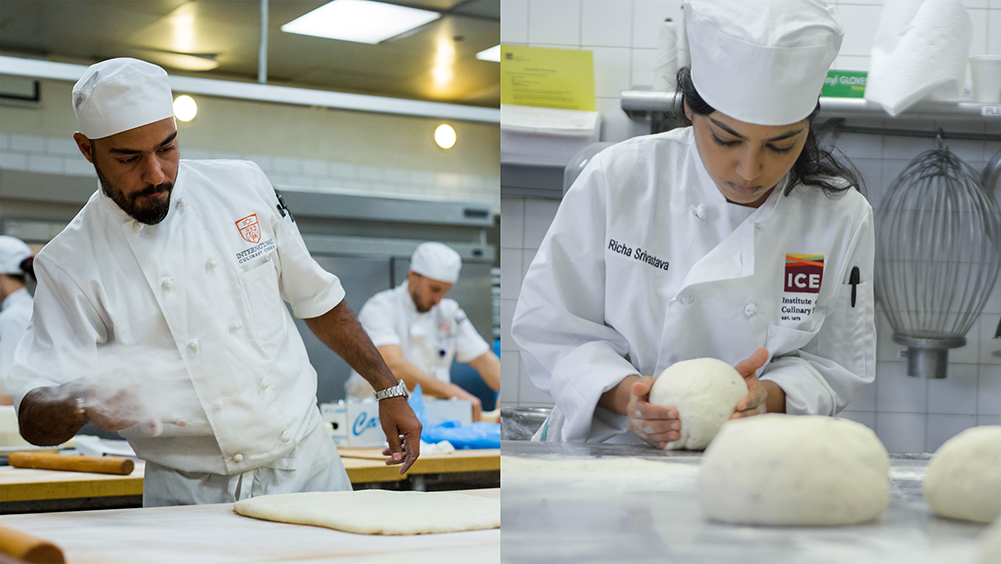 Dorothy Cann Hamilton founded The French Culinary Institute (FCI) in 1984 at 462 Broadway in New York's SoHo neighborhood. In 2012, as the school expanded its curriculum beyond classic French techniques, FCI became the ICC to encompass its variety of offerings including bread, cake and wine programs. ICC's prominent alumni include Bobby Flay (who was a member of the first graduating class), Dan Barber, David Chang, Angie Mar and Christina Tosi, and the school’s founding deans are culinary legends Jacques Pépin, Alain Sailhac, André Soltner and Jacques Torres.

“I am proud of the work my dear friends Dorothy Cann Hamilton, André Soltner, Alain Sailhac, Jacques Torres and myself have accomplished over the years to create a timeless hands-on curriculum for generations of FCI/ICC students,” said Jacques Pépin, ICC dean of special programs. “I’m pleased that the school’s heritage and legacy will live on for future culinary professionals at ICE.”

One of only four Americans (including Julia Child, Thomas Keller and Alice Waters) to receive the Legion of Honor from the French government for promoting French cuisine in the U.S., Dorothy is known for her award-winning books and chef-based television and radio show, “Chef’s Story.”

“ICC is widely recognized as a pioneer and leader in culinary education, and we are proud and excited to bring aspects of the school’s expertise, unique offerings and heritage to ICE,” said ICE CEO Rick Smilow. “The ICC ethos will live on at ICE, and I’m delighted to welcome ICC’s community to our campuses.”

ICE will evaluate ICC’s curricula and programming to determine the best aspects to incorporate into its award-winning offerings and is intrigued at the prospect of inviting members of the ICC community to collaborate in the future. Elements of ICC's distinct sommelier training, farm-to-table offering with Blue Hill at Stone Barns, and bread and cake expertise could all enhance the ICE experience.

ICC plans to resume operations in phase 4 of New York City's reopening plan providing an opportunity for active students to complete their programs. The school is set to close at the end of the year, subject to regulatory approval, while its heritage will have a home at ICE.

Read more in The New York Times, and visit ice.edu/ICC.

While applying to culinary school I was left with two options, ICE and ICC. I chose ICE, but now I have a chance to experience ICC! This is so exciting, I hope Farm-to-table will be available when I go!