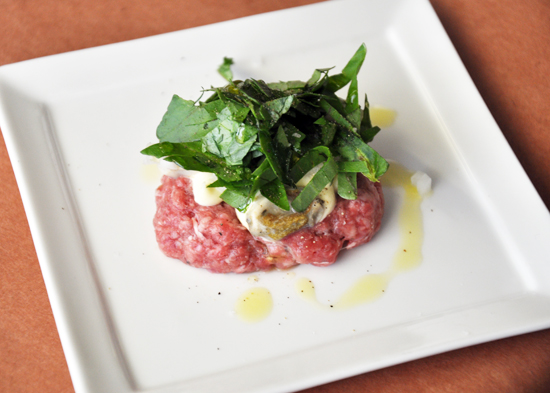 He launched his eponymous restaurant at Grand Hôtel Stockholm in 2007. The Restaurant Mathias Dahlgren offers two different dining experiences that complement each other: Matsalen (“the dining room”) and Matbaren (“the food bar”). A new menu is presented on a daily basis, which makes it possible to offer diners the very best in fresh ingredients. Matsalen received two stars in the 2010 Michelin Guide and Matbaren one. Matsalen is also on San Pellegrino’s prestigious list of the World’s 50 Best Restaurants. Dahlgren is the only Swedish chef to have received the internationally acclaimed Bocuse d’Or.

Yesterday, he brought a piece of Sweden to ICE and prepared a few dishes while discussing his philosophy and approach to cooking. Chef Dahlgren spoke excitedly about Scandinavian cuisine and the recent uprising in world-class Scandinavian restaurants that are leaving behind foreign cuisines such as French and Italian and moving towards local and seasonal approaches. For example, he made an ice tea made with juniper, honey, and sea-buckthorn — all ingredients found in Sweden. Sea-buckthorn is a small acidic berry with a taste he described as “half mango, half passion fruit.” His inspiration for the dish was mint tea with lemon and honey, and he sought to mirror the combination of acidic, sweet and herbal flavors using ingredients from Sweden in this new dish. 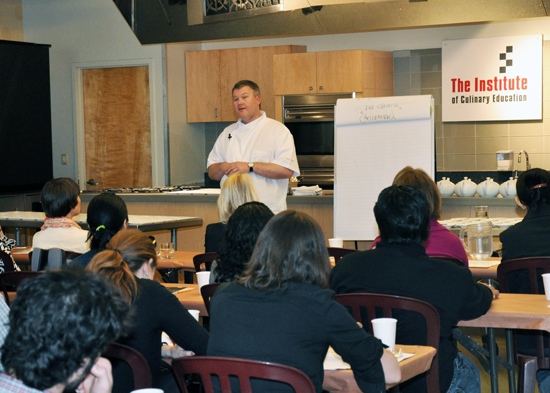 While other chefs may emphasize the importance of taste, Dahlgren described gastronomy not only as taste, but also sight, smell, temperature, and texture, and then finally taste. He noted that diners have to like the way a dish looks, smells and feels before they even get to the taste. He gave the example of someone who doesn’t like oyster, but has never tasted them because they don’t like their appearance. He prepared a sample of oyster-beef tartar for all of the guests. The dish is served on the menu in his restaurant. In the dish, oyster is used to flavor the tartar more like a spice than as a main component. He said it was an example of keeping an open mind when dealing with ingredients, even those that may already be familiar.

Dahlgren spoke about his first powerful food memory of being around four-years-old and baking bread with his mother and grandmother in a wood fire and the powerful experience of smelling the bread, working on it, and then holding it in his hands with butter dripping through his fingers as he ate. He described the feeling as something, “I want to go back to every day of my life for as long as I live.” It was an amazing opportunity for ICE students and guests to see this famed chef’s techniques in cuisine during his short visit in America.