Recently my wife Cheryl and I had the good fortune to spend a few days in La Belle Province (Quebec) and visit one of our favorite culinary destinations: the beautiful city of Montreal.

We arrived, exhausted, late on a Sunday night at a time when most restaurants are closed. We knew that we could rely on one excellent spot to be open, so we made the fifteen minute walk from our hotel to dine at one of the most popular bistros in the city — Restaurant L’Express, open until 3 a.m. seven days a week.

L’Express has a reputation for serving consistently solid, traditional French bistro fare. Though the menu does not change often, there are nightly off-the-menu specials. Upon placing your order, the server brings a canning jar of cornichons and a crock of Dijon mustard, both left on the table as condiments throughout the meal.

We started with one of their famous dishes, octopus and lentil salad: thin slices of perfectly poached octopus dressed with lemon and olive oil arranged in a ring mold around an earthy lentil salad, deftly seasoned with a shallot vinaigrette. Once the mold is removed, the presentation is similar to a savory charlotte. We also ordered pork rillettes, which were impeccably prepared with the right ratio of shredded lean pork and fat, my only critique being that they would have been better served at room temperature rather than chilled.

Given my love for organ meats, I always order offal if it’s on a menu. Cheryl and I shared an order of crisp veal sweetbreads with chanterelle mushrooms, garden peas and pea tendrils under a cloud of Parmesan foam. Continuing in the “offal” mode, I had rosy slices of quickly seared and sautéed calf’s liver in a light tarragon pan sauce reduction. Cheryl had a creditable hanger steak with pommes frites.

Perhaps we should have stopped after the entrees but decided to indulge in an order of ouefs al neige — a giant quenelle of French meringue gently poached in sweetened milk, the milk then bound with egg yolks, flavored with vanilla beans and turned into a silky crème anglaise, garnished with toasted almonds and threads of spun sugar. After a dinner like that, we needed that walk back to our hotel room.

The following day, after taking a riverboat tour of the St. Lawrence River around the island of Montreal, we had lunch at one of our favorite ethnic restaurants in North America: Stash Café, which specializes in homestyle Polish cooking. The tripe soup, pierogies (of any kind) and the perfectly executed pork schnitzel are well worth the visit.

While researching the Montreal dining scene before our trip, one newcomer intrigued me: Le Comptoir Charcuteries et Vin, a restaurant of 40-50 seats serving a contemporary French-Canadian menu of small tasting plates and an extensive list of charcuterie and house-cured meats. It’s a neighborhood establishment where the service transcends warm, friendly and gracious. However, it was the food that left us speechless.

We loved our first meal there so much that we cancelled a dinner reservation at another restaurant and returned three nights later. It is hard to find superlatives adequate enough to do justice to the chef and his execution of a very labor-intensive menu.

The kitchen opens directly into the dining room and there are only three people working on the line including Chef Ségué Lepage. I highly recommend virtually every dish, as we sampled almost the entire menu during our two visits — easily the best two meals we’ve had in 2016 (and quite possibly in 2015 as well).

Though all dishes were memorable, here are my favorites: house-cured porchetta di testa served with goat cheese fritters and ribbons of pickled zucchini; lobster tart on a savory sablé with tomato confit, tarragon crème fraîche, roquette and gently stewed white onions; tataki of seared veal loin with a purée of sage, Marsala wine reduction, fried sweetbreads and marinated radish salad; and wild blue pleurote mushrooms from Ontario with crab mayonnaise, landjäger sausage, wild garlic and dill. Go to Le Comptoir and you will not be disappointed! 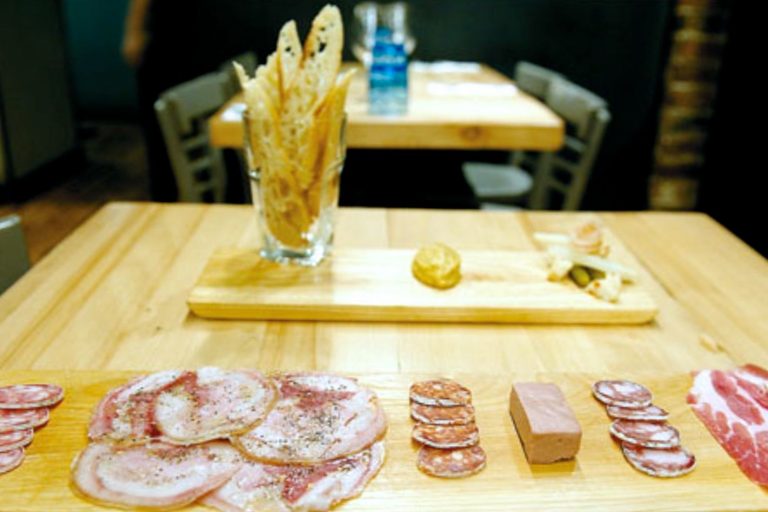 No trip to Montreal would be complete without paying visits to Joe Beef and Au Pied Cochon. Fred Morin, owner and chef of Joe Beef, and Martin Picard, mastermind of Au Pied de Cochon, have in common both their connection to famed Québécois chef Normand Laprise — the “godfather” of modern French-Canadian cuisine — and their decadent, over-the-top approach to cuisine, gastronomy and life in general — an approach which I fully subscribe to and worship.

Joe Beef promotes itself as a seafood-centric restaurant but it’s really about meat as well. The portions are large, so go with an empty stomach. Prepare to be well fed in a relaxed atmosphere by an approachable staff.

The must-tries on the current menu are the appetizer of crispy calf’s head fritters served with sauce gribiche; salade gourmande — a large, thick round of country-style terrine topped with a salad of apples and haricots verts and served with a tranche of grilled peasant bread slathered with an unctuous foie gras parfait; roast quail stuffed with lobster sausage in a light jus of the roasting juices; and the lobster spaghetti, which is why anybody goes to Joe Beef in the first place. Chunks of lobster seared in the shell, then stewed with bacon, cream, Parmesan and fresh herbs, and served atop house-made fresh spaghetti with the texture of satin.

We also had a perfectly roasted halibut filet with smoked tomato butter. At this point, we moved on to dessert, but should not have, as they were somewhat of a disappointment. Regardless, Joe Beef is a restaurant that deserves at least one if not numerous visits.

Finally, there is Au Pied de Cochon, which is consistently rated as one of the top restaurants in North America. We’ve dined there in the past and feel like a trip to Montreal would be incomplete without a visit to Martin Picard’s “temple” of all things duck, foie gras and pork.

Be warned: the portions defy any notion of restraint and are not for the “squeamish” — which is a good thing for me! On our most recent visit we began with three off-the-menu specials: perfectly fried zucchini blossoms with a caper aioli, a totally hedonistic foie gras pizza with prosciutto and cheese curds, baked in a wood-burning oven with just the right amount of char to the crust, and a disappointing yellowfin tuna belly glazed with soy and maple that sounded great on paper but was horribly overcooked.

For our entrees, Cheryl and I had their two most iconic menu items: “Duck in a Can” and the Stuffed Pig’s Foot “APC”. The former is a magret de canard (also known as Moulard duck breast), duck leg confit and foie gras preserved in a tin can with cabbage and vegetables, presented and opened out of the can at the table.

The latter is a braised pig’s foot stuffed with foie gras and gratinéed with bread crumbs, served on a bed of a silken potato purée whipped with cheese curds, a variation of the famous aligote from the Auvergne region of France, and a sauce prepared from the braising jus. The pig’s foot was big enough to serve two to four people. It was an “I can’t believe I ate the whole thing” moment! 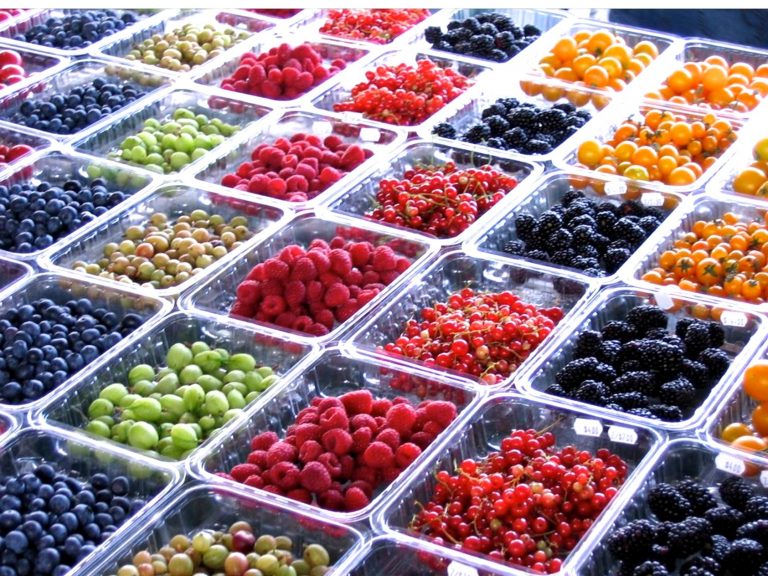 Also not to be missed: the two central food markets in the city, Atwater market in Little Burgundy and Jean-Talon market in Little Italy. You can sample the best produce, cheeses, meats, seafood and prepared foods that this lush and fertile agricultural region has to offer.

At the Jean-Talon market, be sure to visit the tiny but well-stocked culinary bookstore, Librairie Gourmande, most notably for their selection of cookbooks from top Québécois chefs. We enjoyed a surprisingly great lunch at La Crêperie du Marché in the Jean-Talon market, which specializes in the famous galettes de sarrasin — traditional savory buckwheat crêpes of Brittany, France.

We savored a crêpe layered with béchamel sauce, Gruyère cheese and mushrooms as well as one with ham, cheese, spinach and a fried sunny side-up egg. I’ll be going to Quebec City soon, so keep an eye out for my next (hungry) chef’s tour.

The History of Corn’s Prominence in Venezuelan Cuisine

Omotenashi: The Art of Japanese Hospitality