The Brains Behind the Business: Restaurant Development Expert Vin McCann

“Everybody thinks they know how you should run your restaurant,” says Culinary Management instructor Vin McCann. “But what really matters — and what I focus on as a consultant — is the early stages of a project. The initial choices can make or break. If you start on the wrong foot, you’re likely to end up crippled.” 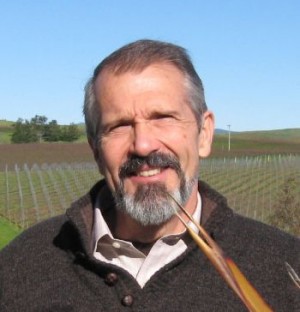 As an executive for such iconic restaurant groups and corporations as Shelly Fireman's Café Concepts, American Hospitality or National Restaurants Management, Vin has truly seen it all. In his seven years at National Restaurants alone, he oversaw more than $300 million worth of projects in more than 100 venues. So when it comes to knowing where the money goes—and where new business operators trip up — you’re unlikely to meet a more seasoned expert. Vin’s beginnings in the restaurant industry, however, were somewhat accidental.

After graduating from law school, he tried his hand at writing professionally, supplementing his income with restaurant work. Eventually, he opened up his own Irish pub in Washington, D.C., followed by a 17-room inn in New Hampshire. But he soon found himself curious to “get serious about the business side of the business,” which is how he ended up working on the opening of Shelley Fireman’s iconic Café Tartufo. From there, Vin grew his new career under Fireman and eventually National Restaurants Management, establishing himself as a sought-after multi-unit operations manager. After more than 40 years — and 100+ restaurant openings — in the industry, Vin’s career is truly in a sweet spot.

Today, he and fellow ICE Culinary Management Instructor Julia Heyer work together as private consultants on an incredible range of projects, including Noma founder Claus Meyer’s upcoming $16 million project in Grand Central Station. Vin and Julia have also worked on various smaller restaurants, including the West Village outposts of ICE alumni Mark Sy and Michelle Gardner: Viên (a healthy, Southeast Asian quick-service concept) and Chalait (the city’s first dedicated matcha bar), respectively. Yet no matter the scope of the project he’s worked on, Vin is proud to say that he has always left a company in a better position than when he started — an incredible feat in an industry renowned for intense competition.

So after all these years, why does Vin keep at it? “I like the pace, the rhythm of the business. You come to work, get set, there’s a rush, it ends and then you start all over again. We always say, it’s a disease — you either have it or you don’t. There’s a lot of moving parts, and for them all to work well — shift after shift, after shift — that’s where the real skill comes in.” As for teaching, that’s a passion that Vin learned during his many years as a Chief Operating Officer at National Restaurants: “Once you’re managing several properties, you no longer get the hands-on satisfaction of the guest experience, but I really enjoy developing someone who starts out as a ‘know-nothing’ into an impressive, productive manager.”