The History of Curry

Chef Palak traces the spread of India's spice-laden dishes back to Portuguese, French and British colonization and shares a modern vindaloo curry recipe.

The word curry always mystified me as an Indian, partially because I never made or ate curry growing up. It wasn’t until I got to college and studied the history between Britain and India that seeing the generic use of the word curry frustrated me. Over the last decade, I’ve read and spoken to many people about the ubiquitous use of the word and generalization of hundreds of years of history. 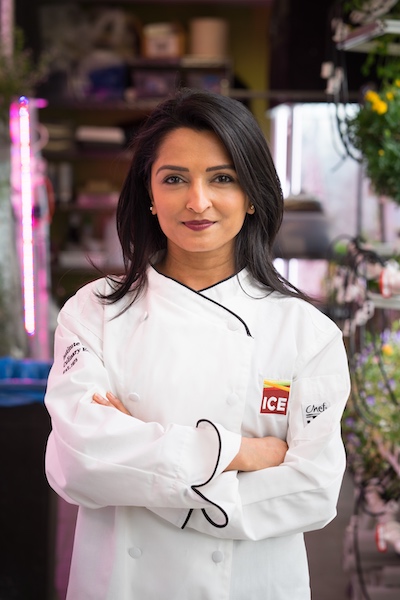 I decided to research the origins, which led me to Simon Majumdar, a British food and travel writer and food historian. He has a very insightful perspective on curry because he was born to a Welsh mother and a Bengali father and lived in the UK. His insight about the intersection of British culture and Indian food was fascinating and a tremendous history lesson.

The origins of curry began before the British arrived in the subcontinent of India in 1608. In fact, to understand the full history, you have to go further back in the colonization timeline to when the Portuguese arrived in India in 1498 and introduced chili. Then came the Dutch in 1605, followed by the French who arrived in South India in 1664, and the new classification of Indian food for non-Indians was defined — it evolved and transformed throughout time. Colonization not only played a critical role in transporting Indian food out of India, it reclassified classic dishes that took on their own cuisine.

The Portuguese influence on curry has been the most lasting. The country's explorers introduced pepper and vinegar to create a quintessential Portuguese-inspired dish called vindaloo in Goa. The original vindaloo recipe had more than 20 types of peppers combined with pork, and the black pepper was mixed with tamarind water. When the coveted "black gold" was exported out of India, the Portuguese began to use red chiles instead of black pepper because they were more affordable. It’s also believed that the word curry comes from a word from the South Indian state of Tamil and means to blacken with spices.

The introduction of pepper into Indian cuisine was coupled with another significant moment in India’s history: Queen Elizabeth's establishment of the British East India Company to counter the expansion of the Portuguese and Dutch companies. At the height of this, there were about 250,000 members of the British army residing in India, and after the 1857 Great Indian Mutiny, British bureaucrats came to India to live of their own will and were identified as Nabobs. Their love for Indian food, access to spices and adaptation of local dishes altered to fit their palates gave birth to the modern style curry dishes that we know today.

Kajeri, a popular British egg dish of rice and smoked salmon turned into a vegetarian dish made with lentils and rice, called kitchari. Mulligantany, a Tamil word meaning pepper water, was originally used to cure digestion issues and then adopted by Indian cooks for a soup with vegetables and spices for the British. These were some of the trademark dishes that were served at elegant dinner parties. As the Nabobs moved around India, they took their cooks with them and spread the Indian-inspired dishes fit for British flavor profiles. This is how “curry cuisine” evolved.

At the end of the 18th century, the British officially formalized spice blends known as curry powders to recreate their favorite dishes consistently in the absence of their cooks. The first recipes for curry powder appeared in print in an English cookbook by Hannah Glasse. The availability of curry powder led to a homogenization of 20 to 30 dishes in the newly formed curry cuisine.

As the Nabobs completed their posts in India and moved back to Britain, they brought this cuisine back. After the coronation of Queen Victoria, India sent a servant to the queen as a gift, which influenced her apparent love for curry. A fascination with mimicking what the queen ate led to the explosion of Indian food across Britain. In the late 1700s, the first Indian restaurant opened in Britain, called Hindustani Coffee House, to appease expats that returned from India.

The global expansion of this curry cuisine is a result of trade and the migrant workers in Sylhet, modern-day Bengal, many of whom jumped ship at the ports in London due to adverse conditions. Bricklane was a community center created to house and care for these workers that parlayed into Sylhette men working at Indian restaurants in London. After the second world war, the Sylhette workers began to own and operate their own establishments known as curry houses. The culture of pub food, combined with Sylhet dishes that reflected British-Indian food, set the foundation for modern-day curry that is known all around the world.

Here's my meat-optional take on the cuisine.

The Magic of Oaxacan Mole