The first time I walked into an ICE kitchen, I could not wait to start cooking! I quickly found out how much there was to learn before I’d be allowed to craft a complete dish. Initially, I was disappointed that we weren’t going to jump right in and prepare elaborate feasts. That’s what I signed up for, right? As it turns out, consistently producing an amazing plate is harder than it looks. From knife skills to sauces to butchery, it’s amazing how many “basic” skills I learned in just the first two months of school. 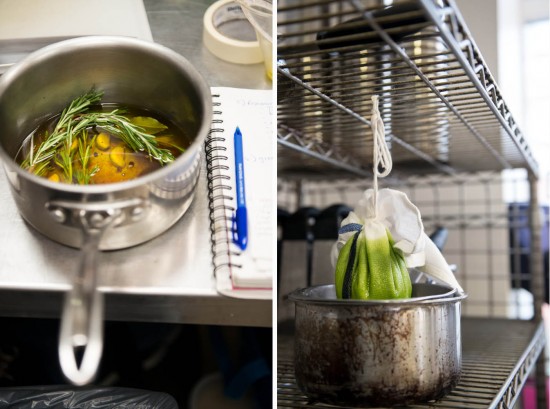 The ICE Culinary Arts program is divided into five modules, and “Mod 1” is all about these basics. During this intensive dive into the foundations of professional cooking, my classmates and I learned about the evolution of cooking throughout history, the importance of sanitation, basic knife skills, herb identification, culinary math, stock making, fabrication (also known as butchery) and more.

I can honestly say that through all of my years of school and working, those two months were the biggest learning curve I have ever experienced. I breezed through culinary math and herb identification, but I got tripped up by knife skills. Chef James made dicing potatoes look so easy that I immediately thought, “I’ve got this.” In truth, my ego should have been checked at the door.

Try as I might, I could not get those pesky potatoes diced into perfect cubes. After much practice in class and at home, I figured out how to “surrender to the potato.” With a little kitchen meditation, I was—finally—able to dice those spuds into cube-like pieces. I’m still not perfect at it, but I am getting better. Speaking of knife skills, I was a little intimidated by fabrication.

You see, there’s this cool place called a grocery store, and in that store they have these packages with perfect cuts of meat already portioned out. In short, I’d never broken down anything, let alone a whole fish or a leg of lamb. While pre-cut meat is just fine for a home cook, it doesn’t fly in the professional kitchen. 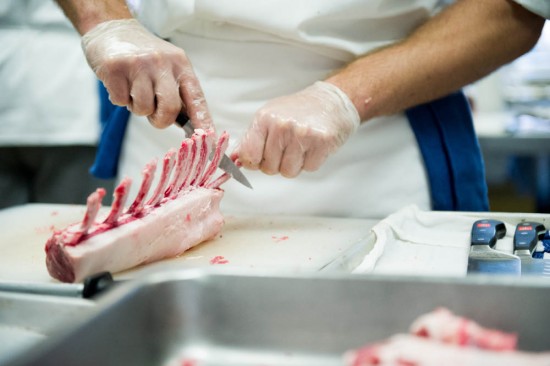 In class, we fabricated many proteins, but the most challenging for me by far was the lobster. It wasn’t the hardest protein to fabricate, but it was the most daunting. It was still alive, and I was terrified! I spent the better part of ten minutes apologizing to it for what I was about to do. (Cue some serious flashbacks to my high school biology class.)

Ultimately, I swallowed my fears and cut right between the eyes. RIP. After that, I knew I could break down any other type of protein thrown at me—as long as it was already dead. Of all the skills I learned in Mod 1, my favorite was sauce making. Before enrolling at ICE, if you had asked me about sauce, I would have pointed you to the jars of tomato purée at the grocery store.

I did not understand the level of complexity and preparation that goes into making sauces for fine dining. Just like knife skills, classic French sauces are among the building blocks for many of the dishes that we will make during the rest of the Culinary Arts program. 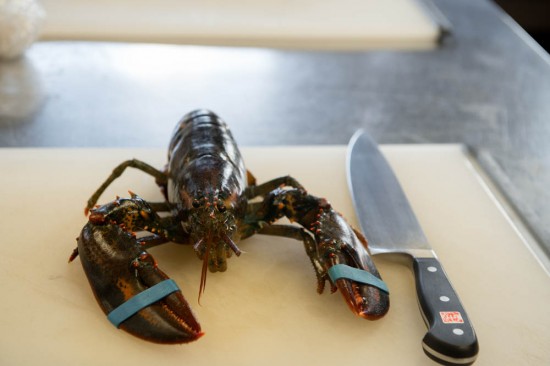 Creating a mouthwatering red wine pan sauce or turning a creamy béchamel into Mornay sauce were just two of the many techniques we mastered. I was so excited to bring these concoctions home after class and experiment in my own kitchen. (My friends were blown away by the cauliflower gratin I made using my leftover Mornay sauce!) It has been so much fun to utilize these new skills at home, and I can already tell how much I have grown as a cook since starting the program.

Click here to learn more about the Culinary Arts program at ICE.