There are people who take years to decide to pursue a career in food, and there are those who know they were always destined for it. Lee Knoeppel, (Culinary Arts '09) falls in the latter camp. Most recently, he's made waves as the first ever contestant on The Taste to get voted "Yes" by all four judges—Marcus Samuelsson, Nigella Lawson, Anthony Bourdain and Ludo Lefevbre. Tune into ABC at 8pm EST on Thursdays to track his progress! 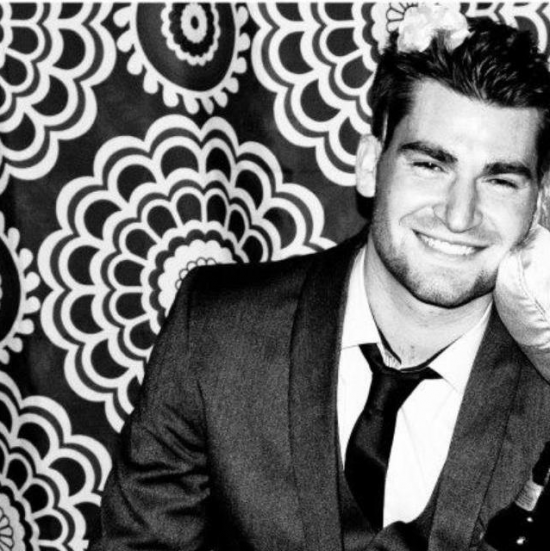 What sparked your decision to attend culinary school?

Before I enrolled at ICE I had been cooking for four years as a line cook. I knew I wanted to go to culinary school and was instantly drawn to ICE. I actually grew up 20 minutes from Culinary Institute of America, so it was an easy choice between going to school and living with my parents, or moving to NYC and starting my culinary career on my own.

When I took the tour, there wasn’t one specific thing that attracted me to ICE; it was a mix of things. Location, the chef instructors, curriculum and schedule—and the job success rate after graduation.

Where was your externship, and where have you worked since graduating?

I did my externship at Craftbar in Manhattan. Having that on my resume has certainly helped me obtain jobs since then. Since graduating, I've been cooking in restaurants in Manhattan, Brooklyn, Queens and the Hamptons, as well as various work with the Food Network.

What accomplishments are you most proud of?

No awards as of yet, but I'm particularly proud of an amazing write up I received from the Queens Courier about the restaurant I opened in Woodside, Queens, as well as my work on the Food Network on the shows Secrets of a Restaurant Chef, and 24 Hour Restaurant Battle. Most recently, I've appeared as a contestant on The Taste on ABC. Also I'm extremely proud of the menu I just produced as the Executive Chef of Barcade Manhattan, opening in February.

Currently a day in the life of my work day is hectic. I'm balancing two big things: opening a restaurant, and working as a culinary production assistant on a Food Network show. I'm doing everything from reading resumes and setting up interviews, to setting up pantry lists and shopping for food for the show. It doesn’t stop.

People might be surprised that when you’re opening a restaurant as a chef, there’s a lot more that goes in to it besides cooking. I've been sanding and staining wood, as well as building tables. The cooking is expected to be amazing, and it will be.

Where would you like to see yourself in 5 years?

5 years ago I expected to be doing exactly what I'm doing now. I couldn’t be happier. Who knows what the future holds—all I know is that I'll be forever involved in the culinary industry, that’s for sure.