When it comes to generating new ideas, it’s easy to feel like everything’s been done before. In the past few years, however, the food industry has had an influx of fresh, innovative concepts that challenge that old adage. Among the first-time entrepreneurs successfully disrupting the food market is ICE alum Mary McAuley, founder of Ripe Life Wines. 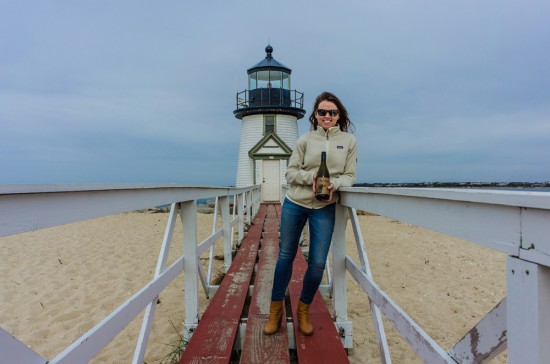 A former health care analyst, Mary’s story began like that of many ICE students. She felt unfulfilled in her career and spent her free time dreaming about opportunities in the restaurant business, but she wasn’t quite ready to make the professional leap.

Thanks to the flexible schedule options at ICE, Mary was able to enroll in the Culinary Management program while continuing to work full time. “ICE is such an accommodating school, and, because of that, I feel like we had all walks of life in the classroom—executives interested in restaurant management, people who were young, people working in PR, etc. For those who aren’t fully comfortable diving straight into the restaurant industry, it’s a great way to get your feet wet.”

During her time at ICE, Mary picked up shifts at Maialino, an Italian restaurant in Danny Meyer’s Union Square Hospitality Group. She eventually left her analyst job to work full-time as a server and expediter at Maialino, and, at the same time, began pursuing wine classes through ICE’s School of Recreational Cooking. Between her work at the restaurant—where Master Sommelier John Ragan oversees the beverage program—and classes with ICE Director of Wine Studies Richard Vayda, Mary soon had a significant knowledge of varietals and winemaking styles.

Continuing her wine training with formal classes and rigorous extracurricular research, Mary earned a beverage director position under chefs Alex Raij and Eder Montero at acclaimed Brooklyn restaurant La Vara. It was during this period that Mary’s entrepreneurial vision began to take shape, inspired by a summer clambake in 2011 on the Jersey shore.

As a sommelier, Mary was charged with picking out a wine for the event. “I was trying to find something at an affordable price that would fit the seafood-centric menu for the event, and what I kept coming back to was a white Burgundy, which was much too expensive for this kind of casual dining. On the American side, things were more affordable, but all the options were over-oaked and inappropriate for seafood.”

Frustrated by the options available to her, Mary resolved to make her own wine for the next annual clambake, thinking she would simply develop a limited number of cases through an existing winery. Once the wine was developed, Mary kept hearing the same reaction from friends and family, “This is great. You should do this professionally.” “In an entrepreneur-heavy generation, I knew I wasn’t the only person encouraged to start a company by friends and family,” says Mary.

“But what started to persuade me was the market research. I realized there was a void that could be filled with this concept: craft, small-batch wines at an affordable price.”

Reaching out to the resources at her disposal, Mary shared her business plan with La Vara general manager Jason Aris. By that point, Mary had developed several wine concepts that stretched beyond her original idea for Clambake Chardonnay. “Jason looked at everything and gave me the best advice of my career: ‘Stop launching all of these things at once. Focus on one, get it right and then focus on the next. You are Clambake—so start with that.’”

Developing a new wine is hardly a simple process, but Mary’s experience in wine buying rendered her exceptionally prepared for the task at hand. “I knew there was a question of approachability. For example, there are a lot of beach-themed wines (in terms of the name or label), but most of them are not high-quality products. By choosing the name ‘Clambake,’ I was keeping things approachable, but surprising people in a good way.”

That concept of surprise was something Mary learned at ICE. “I remember [Dean of Culinary Management] Steve Zagor used to say, ‘Never surprise people with mediocrity.’ In the wine industry, there is so much mediocrity out there, which is what makes buying wine an intimidating process. I took that idea to heart when I was developing my wine.” 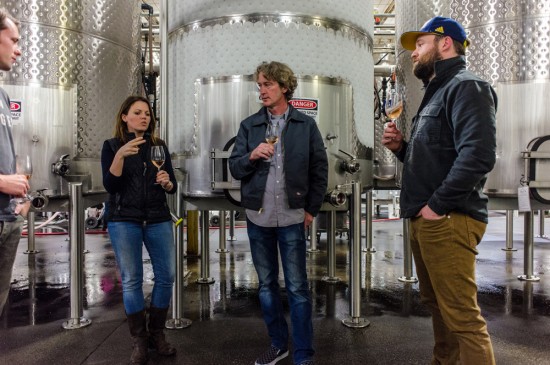 The first vintages of Mary’s chardonnay and limited edition rosé were a hit among restaurateurs and wine enthusiasts alike. “Our mission is to make only single vineyard, single varietal bottles. That means the flavors may vary year-to-year, but they will always reflect the terroir and the climate of a given growing season. It’s a very European approach, and we’re not cutting any corners.” It’s exactly this unexpected approach that has earned Mary acclaim within the winemaking market—and entrepreneurial publications like Inc.

She recently hired a new winemaker, Jason Driscoll, who has previously earned 96 points for his bottles on the Robert Parker/Wine Advocate rating system. “Jason was supposed to be a consultant, but once he realized we weren’t doing blends, his response was, ‘This is gangster. I want this project.’” Mary is quick to add that her journey to entrepreneurial success hasn’t been all wine and rosés.

“Starting a business requires two entirely separate skill sets. One is to envision, imagine and deliver a product. The other is the day-to-day running of a business. Bookkeeping, taxes, hiring and firing—that never comes to mind when you’re developing the product you want to place in the market. If you don’t have that skill set, it’s important to seek out professional training, mentorship or a partner with skills that complement yours.”

Eager to explore your entrepreneurial side? Click here for free information about ICE’s Culinary Management program.