Vegetables: The New Stars of the Plate... Again

You all know Alice Waters, Dan Barber and Rene Redzepi, right? These are the elevators of the humble beet, disciples of the heirloom tomato, pioneers of the potato pedigree. Each is a master chef, overseeing wildly successful restaurants and molding industry practices in the process.

These top toques and the hordes of “slow food movement” followers they’ve inspired seem to be gaining ground in one of the most prolific trends in restaurants today: meat in moderation, veggies in abundance. These are the non-vegetarian vegetable eaters. But, like that pair of bell bottoms you picked up in the vintage store, everything old is new again, and vegetable forward cuisine is no exception. 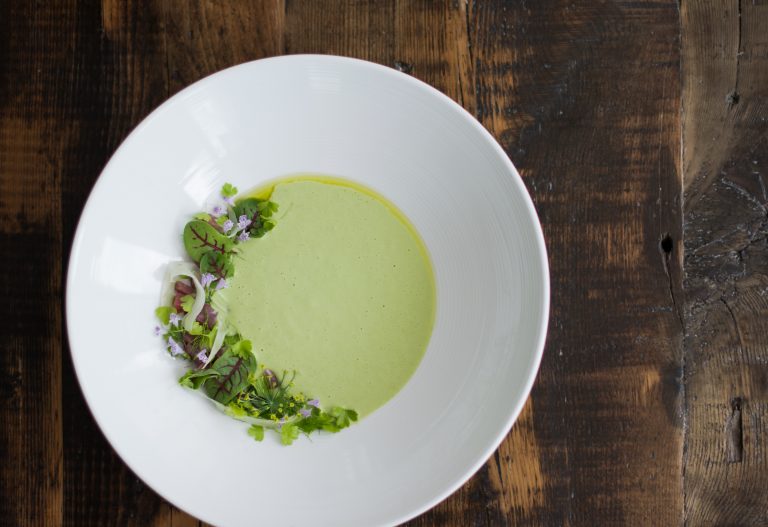 If we trace this trend back... way back... we might find ourselves on the fertile hilltop estate of Monticello, in the rolling piedmont of Virginia. Here, at the home of founding father and devout culinarian Thomas Jefferson, we would have seen some of the most spectacular vegetable gardens in the new world (and still do, in fact, as the property's gardens are maintained to exacting historical accuracy).

The numbers alone are staggering, as Jefferson, who kept extensive records, grew 170 varieties of fruit trees, 330 varieties of 89 species of vegetables and 15 types of English peas. He grew broccoli imported from Italy, fiery Mexican chilis, French globe artichokes, Native American lima beans and African okra. His garden, pantry and kitchen were a worldly melting pot that came to define American culture and the country’s cuisine.

As United States Minister to France, Jefferson was able to stock his pantry and cellar with the best the world had to offer, returning with wines (680 bottles to be precise), cheeses and all manner of foods never seen before in the Americas. While he is often incorrectly credited with inventing ice cream, he did popularize it in the United States, along with macaroni and cheese, a dish he became so obsessed with that pictures of a “ macaroni machine” were found in his sketchbooks.

French fries, Parmesan cheese and Champagne were all first documented in the U.S. by our favorite founding epicurean. It is in his writing that we discover Jefferson’s incredibly uncommon use of the “meat as garnish” ethos on dining. He took his vegetables as his main course, using meat to flavor, or, accompany his meals. At Monticello he claimed vegetables “constitute my principal diet,” and meals were described as "served in half Virginian, half French style, in good taste and abundance."

Fast forward two and a quarter centuries to a world where nutrition, food science, environmentalism, global markets and industrial food production all play vastly different roles in how we eat, and we discover Jeffersonian principles on food may still have their place. American foodways are changing every day — and that's a good thing.

Food writer Michael Pollan simply sums up a contemporary approach to Jeffersonian food philosophy: “Eat food. Not too much. Mostly plants.” As more and more people are thinking this way, chefs are being given creative freedom to invent new and exciting vegetable dishes without the fear that they will sit in the back corner of the restaurant walk-in, waiting to become tomorrow's family meal. 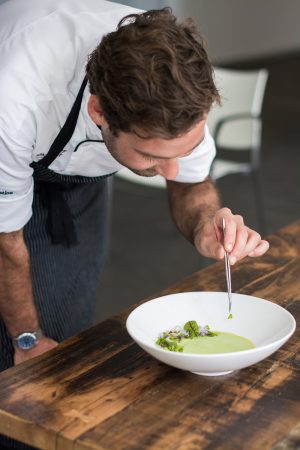 As a native Virginian and classically trained chef in French technique, a lover of vegetables and an insatiable investigator of American regional cuisine, I for one am very excited to see Jefferson’s garden-focused cuisine on the plates in our highest-ranked restaurants (even if he doesn’t always get the credit).

Here at ICE, we are embracing that trend in many ways, but none is more obvious than our hydroponic garden. To be clear, in lower Manhattan, we may never have the opportunity to grow 170 varieties of fruit trees, but we can grow five different varieties of basil and taste the difference straight from the source.

We can encourage students to taste vegetables growing right outside the classroom door. We can show them firsthand what it's like to harvest lettuce five minutes before we make a salad for lunch. And we can show them that vegetables can, in fact, be the star of the plate...again.

The following recipe, in honor of Thomas Jefferson and his favorite vegetable, the pea, checks all the boxes when it comes to a classic Monticello-inspired meal.

How to Make Fish and Chips

A Strawberry-Lemon Tart for Summer