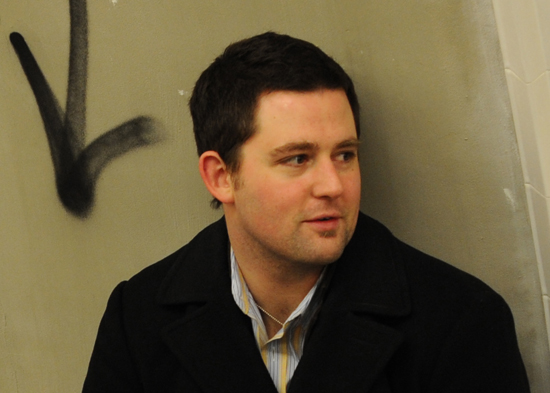 Pierre Lamielle not only completed culinary school in New York City, but he is also a graduate of the Capilano College Graphic Design and Illustration program in Vancouver, B.C. Now, he has set out on a food media career that allows him to use both his skills in food and design. He is author and illustrator of "Kitchen Scraps: A Humourous Illustrated Cookbook," which won the prestigious World Gourmand Best Illustrated Cookbook Award in 2009. Currently, he is working on an illustrated Alice in Wonderland cookbook with co-author Julie van Rosendaal. 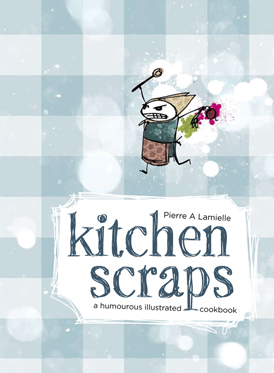 In addition to writing recipes and illustrating them in his own unique style, he can be seen around his hometown of Calgary, Alberta where he teaches classes at the Cookbook Co. and writes for Swerve magazine with the Calgary Herald. With such an interesting mix of both the culinary and visual arts, we wanted to ask him about how he ended up with such a unique career.

A hodgepodge. I write and illustrate a food column for Swerve, publish a blog kitchenscraps.ca, am the author/illustrator of "Kitchen Scraps" and teach cooking classes. How did you get this job? What has your career path been like? Accidental. I worked in newspapers as an illustrator and was asked to do an illustrated recipe that became a regular column, which turned into going to the culinary school and a career in the food media landscape.What inspires you? Ingredients, techniques, food history, cookbooks — they are all great sources of inspiration. I like to look for inspiration at the library, but usually in any section other than cookbooks.

What were some unexpected challenges you’ve faced?

Marketing a cookbook. Yikes. That was a reality check. Turns out lots of people have cookbooks and even though Kitchen Scraps is unique and awesome, it sure would help to be a celebrity, anyone will buy celebrity schlock.

Do you have a story about a particularly great day? Bad day?

A great day is a market day. Chatting with vendors, getting groceries and drinking coffee with friends, then cooking and eating. Leave the dishes for tomorrow. What is your favorite/most satisfying thing about your job? When someone says, “Oh, you're Kitchen Scraps! I love that book!”

Not getting fat. I try hard not to let being around food all the time affect my health so finding life balance is definitely a concerted effort.

I’m working on three projects. "Alice Eats Wonderland" is a collaborative book with Julie Van Rosendaal of Dinner With Julie and we are currently seeking a publisher. Soup Sisters, a huge Canadian non-profit, has asked me to coordinate the creation of their first cookbook for release next year with Random House. I’m also working on Kitchen Pranks — this project is in its infancy but expect to see more in the new year, I'll be aiming to come to the International Association of Culinary Professionals 2012 event in New York to unleash the whole concept. What is your advice for anyone looking for a similar career? Read Anthony Bourdain's "Medium Raw." If you decide you still want to pursue the reckless course of a food career then read Michael Ruhlman's "Making of a Chef." Good luck.