On October 20, 2017, ICE will host world-renowned Brazilian chef Alex Atala for the “Recipes for a Delicious and Sustainable Future” dinner to benefit the MAD / Yale collaboration. The evening’s theme will be sustainability — one of ICE’s core commitments — as well as how chefs can be agents of change and, of course, exquisite food.

We would be hard pressed to a better proponent of cooking sustainably or a better example of finding one’s culinary voice, than Chef Atala. 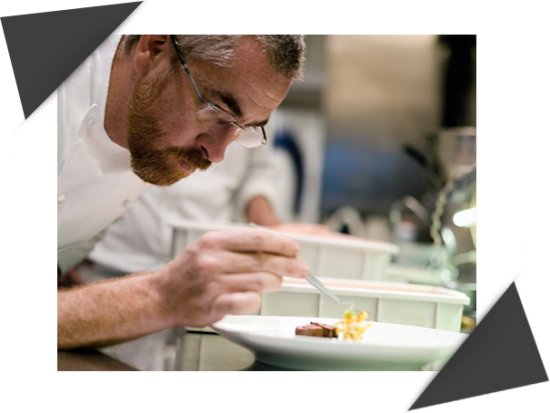 Chef Atala, widely considered the best chef in South America, was recently featured on the Netflix series Chef’s Table. Early in his career, at a time when French cuisine lorded over fine dining in Brazil, Chef Atala found himself struggling to cook as well as his French counterparts.

In his Chef’s Table episode, a very candid Chef Atala explains a transformative moment of reflection: “I’m a tattooed man, I am an outsider. I am Brazilian. This is who I am,” he said. “If I’m not able to make a French dinner as good as a French chef, nobody could do a better Brazilian dinner or a Brazilian experience than me.”

From that moment on, Chef Atala decided to cook solely the cuisine of Brazil. This was a bold, even risky move. But his close connection to the land and local food producers, combined with his embrace of native ingredients — from the Amazonian fish pirarucu to hearts of palm to ants — resulted in extraordinary dining experiences.

In 2013, Chef Atala was featured on the cover of Time Magazine above the headline “The Gods of Food,” and in 2014, his São Paulo restaurant D.O.M. was ranked number 6 on the World’s Best Restaurants list. 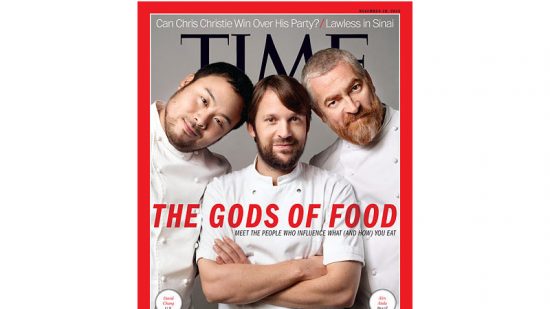 For this one-night-only dinner at ICE, Chef Atala will prepare a tasting menu centered on sustainability.

To Chef Atala, who was raised hunting wild game and fishing in the Amazon, using an animal in its entirety comes as a given, as does careful preparation of even the humblest of local ingredients. Joining him in the kitchen will be Ignacio Mattos, chef and co-owner of Estela, Café Altro Paradiso and Flora Bar.

Having honed his craft with great chefs like Francis Mallmann and Alice Waters, Chef Mattos is known for preparing seasonal food with bold flavors. The final courses will be crafted by ICE Creative Director Michael Laiskonis, who will share his latest innovations from ICE’s bean-to-bar Chocolate Lab.

Between courses, guests will have the chance to hear culinary industry and sustainability insights from Dr. Paul Freedman, Professor of History at Yale University and author of Ten Restaurants That Changed America; Dr. Arielle Johnson, former head scientist at Noma and Director’s Fellow at MIT’s Media Lab; and Mark Bomford, Director of the Yale Sustainability Program.

Benefits of the evening will go toward the MAD / Yale collaboration,* the mission of which is to “equip chefs with the tools they need to take actions that can impact their communities, cities, countries and the rest of the world.” Tickets for this exclusive event are now available — experience a tasting menu prepared by leading chefs from two continents and expand your thinking on sustainability.

Seating is limited — click here to purchase tickets today.*MAD / Yale brings together established and emerging chefs and scholars to build a creative and critical appetite for changing today’s food systems for the better. Chefs and students engage in a liberal arts approach to food systems thinking, exploring cross-disciplinary inquiry, and their own leadership potential. In 2016, the groups held the MAD / Yale Leadership Summit, which welcomed eight of the world’s pre-eminent chefs to Yale for a week of study.