A Taste of American Craft Brewing — Allagash at ICE

Maine's Allagash Brewing Company is nearing its 20 year anniversary, producing beer in a state-of-the-art expanded space and serving their brews on tap in more bars and restaurants than ever before. ICE has long had a close relationship with Allagash founder and owner, Rob Tod, and was thrilled to have him lead a tasting of his signature beers, from classical to experimental. 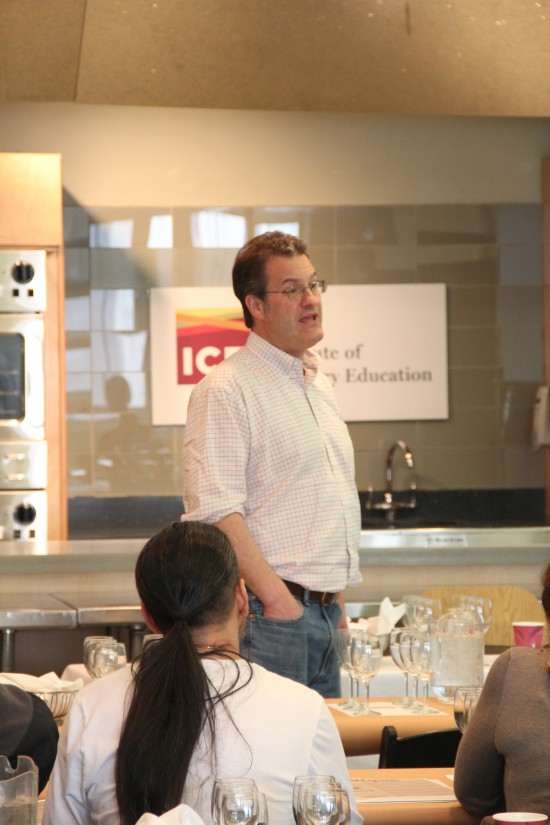 Although Allagash is a household name today, it wasn't always that way. The brewery started in 1995, in a simple warehouse space in Portland, Maine. Rob loved Belgian style beers, but noticed that American brewers had not yet adopted the techniques and flavors developed by Belgian monks and brewers over centuries. Starting out as a one-man operation, he decided to focus on a single beer recipe. That brew is Allagash’s flagship White—an unfiltered wheat beer brewed with orange peel and coriander.

Rob quickly found that to sell his innovative product, he would have to educate bartenders and beer influencers about how to serve and drink Belgian beer. It was an uphill battle, but he established the quality of the Allagash brand with the White and after a few years, was able to expand his portfolio. 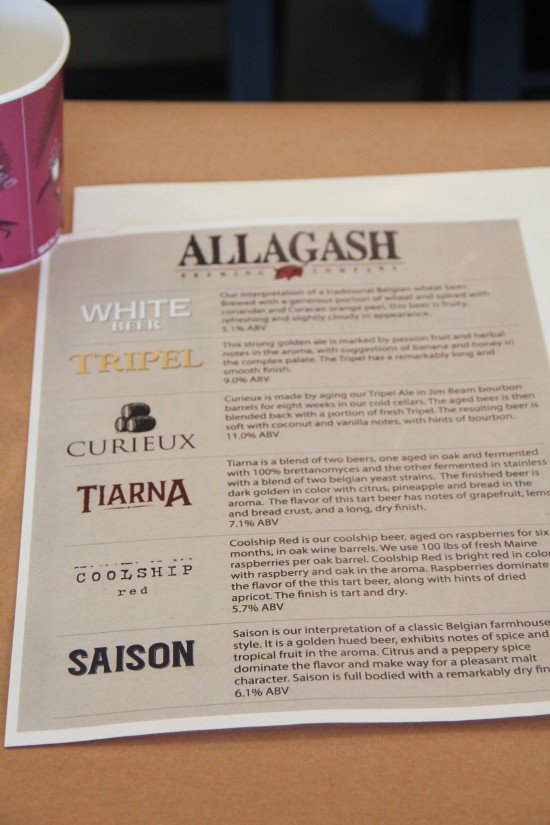 Sticking to classic trappist Belgian brews, Rob next bottled a Double and Tripel with great success.

Yet, over the years, Allagash’s growing success has allowed him to deviate from a strictly traditional Belgian style and begin experimenting. On one occasion, when storage equipment broke down while brewing their Tripel Ale, Rob needed emergency storage to avoid losing hundreds of bottles of beer. He turned to a spent Jim Bean bourbon barrel in his procession and filled it with his Tripel, even though he had been saving it for a darker style of beer.

After filling, he quickly realized the tight seal on the barrel didn’t allow for the escaping brewing gases and eventually, the bulging barrel exploded. Never one to waste beer, Rob quickly slurped up some foam from the top of the barrel and was surprised to find it was delicious. Thus, Curieux was born. Today the Curieux, aged 3 months in Jim Beam barrels, is one of Allagash's most sought-after brews.

Inspired by spontaneous experimentation, Rob decided to build the Brewery a "coolship"—a place to naturally chill wort before fermentation by draining it into a shallow tub exposed to outside air. The bacteria and yeast naturally present in the air impregnate the wort and serve as the catalyst for fermentation, as opposed to adding brewers yeast. The results are a living beer which is slightly different with every batch and changes flavor profiles with age. 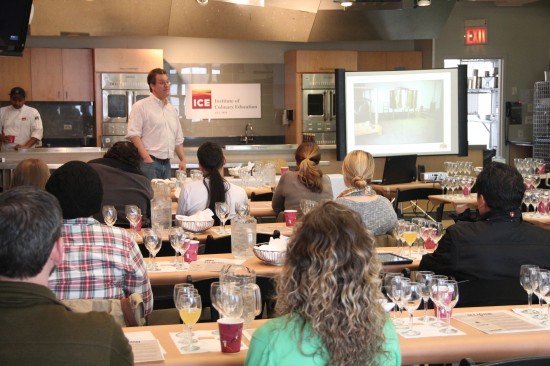 Another of Allagash's beers, Tiarna, is made by blending traditional yeast-fermented beer with coolship-cooled beer, resulting in a pleasantly sour beer with bright fruity notes and an earthy finish. Another fruity option, the Coolship Red, is an homage to traditional Lambics that is aged over fresh raspberries, dying the beer bright pink.

From the humblest of beginnings as a one-man operation, Allagash has grown to producing 70,000 barrels of beer a year and established itself as one of the great breweries of the microbrew movement. Rob encouraged all ICE students in attendance to visit the brewery in Maine so they can taste other experimental batches, many of which are made in such small runs that they’re only sold in Portland. ICE is thrilled to have established a growing relationship with Allagash Brewery over the last dozen years, especially through Allagash's exclusive annual scholarship competition, Cookin' with Allagash. We look forward to hosting more exciting events through this partnership in the future!