While it’s back-to-school season for most, class is always in session at ICE. More to the point, cooks are perpetual students for whom the learning never ends, no matter our level of skill or experience. Ideas and inspiration that fill our social media feeds are at our fingertips 24 hours a day, but I still rely on — and often prefer — books and magazines.

The autumn publishing season also means a shelf-load of new releases. Below are a few of those just-published books I am looking forward to, as well as one or two that I’m finally catching up on. 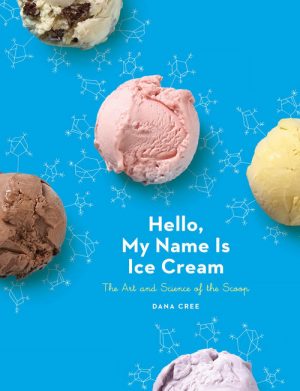 Hello, My Name Is Ice Cream: The Art and Science of the Scoop by Dane Cree

Summer may be over, but that doesn’t mean ice cream season is. Dana Cree’s book is a revelation on two fronts — in addition to creative frozen dessert recipes, it was one of the first books of its kind to make accessible the technical approach to ice cream that professionals employ.

A well-traveled pastry chef, Dana presents the material much in the same way she approaches high-end plated desserts: serious, but with a playful ease. 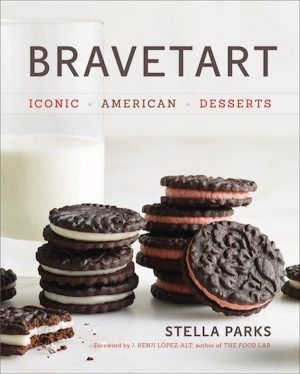 When I first started reading Stella’s BraveTart blog several years ago, I knew it would lead to a book. She approaches sweet traditions and preparations not just through the eyes of a cook, but rather an investigative journalist, always digging deeper to tell a story or to better understand the complex chemistry of the pastry kitchen.

If baking perfection is built simply on the sum of many well-executed steps, the attention to detail in Stella’s book gives cooks of all skill levels essential building blocks for classic American desserts and beyond. Be sure to check out her work as contributor to Serious Eats. 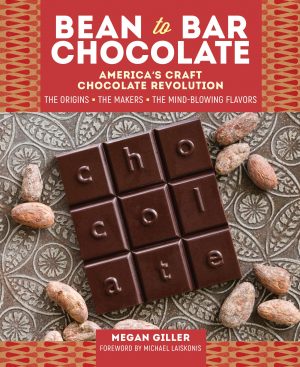 As a cook, I often think about how the discovery of a new ingredient or technique is able to radically redirect one's career path. Certainly, I never set out to make chocolate, but since we created the Chocolate Lab two years ago, I think about chocolate for most of my waking moments.

For Megan Giller, a sartorial moment with a fruity, complex bar made from Madagascar cocoa beans created an obsession that led to a blog, and then this book. While covering the basics of chocolate from origin to processing to tasting, she also takes on the task of documenting the dynamic “craft” chocolate scene in real time. I liked the idea so much, that when asked, I wrote the foreword.

I will also join Megan for a discussion and tasting here in NYC next month. Also of interest is a new release from our friends at Dandelion Chocolate in San Francisco, Making Chocolate: From Bean to Bar to S'more. 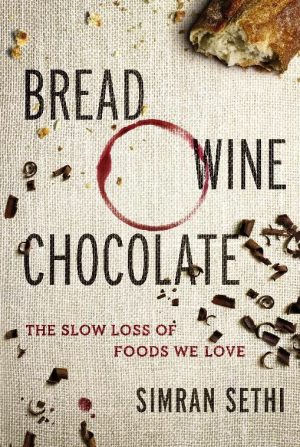 Bread, Wine, Chocolate: The Slow Loss of Foods We Love by Simran Sethi

Just as important as acquiring recipes and technique, a deeper understanding of the complex culture of our foodways is also valuable to cooks. Released last year, Simran’s book explores our relationship with nature through the lens of products we might take for granted.

Her perspective on chocolate has also led to my favorite podcast of the year, the Slow Melt, which tackles issues big and small, in addition to insightful interviews with the most influential of today’s “craft” chocolate-makers. 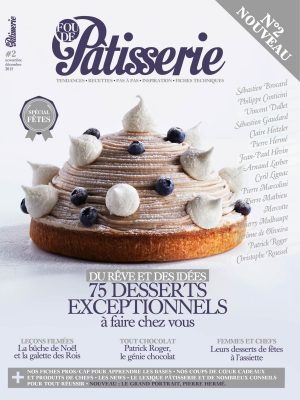 This time last summer, I had just returned, inspired and energized, from a quick three-day tour of the Paris haute patisserie scene.

Few resources capture the trends of the moment better than the French magazine, Fou de Patisserie. Each issue (virtually ad-free) is jam-packed with recipes and ideas from pastry legends and rising stars alike, including Philippe Conticini, Christophe Felder, Cedric Grolet and Cyril Lignac.

In addition to publishing, the magazine also runs a shop in Paris — part pop-up, part fancy pastry exhibit — featuring the work of a rotating line-up of pastry chefs. On the topic of pastry magazines, one can’t forget what may be the most exciting resource, So Good, the hefty haute patisserie magazine of international scope. 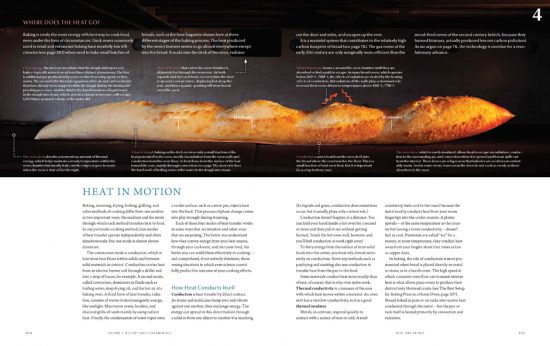 After the release of the mammoth multi-volume set of Modernist Cuisine several years ago, the question on everyone’s mind was: "What will Nathan Myhrvold do next?" To the surprise of many, The Cooking Lab, which is home to Modernist Cuisine, immediately took on the subject of bread – its traditions and pathways toward innovation.

Talented pastry chef Francisco Migoya led the effort, which resulted in a new set of books that actually rivals the first in size (and weight). Ahead of its October release, Francisco visited ICE last month to offer a sneak preview of the book, over three years in the making. From what I’ve seen thus far, all I can say is that the project will become a defining resource for bread bakers for years to come. What are you reading this fall?

Let us know in the comments! Take your pastry practice to the next level — learn more about ICE’s Pastry & Baking Arts program.