One of ICE’s first #CulinaryVoice Scholarship Challenge winners has progressed from barback to general manager with her Restaurant & Culinary Management diploma. We ask Samantha about her journey to ICE and through the ranks at Union Square Hospitality Group’s Porchlight in Chelsea. 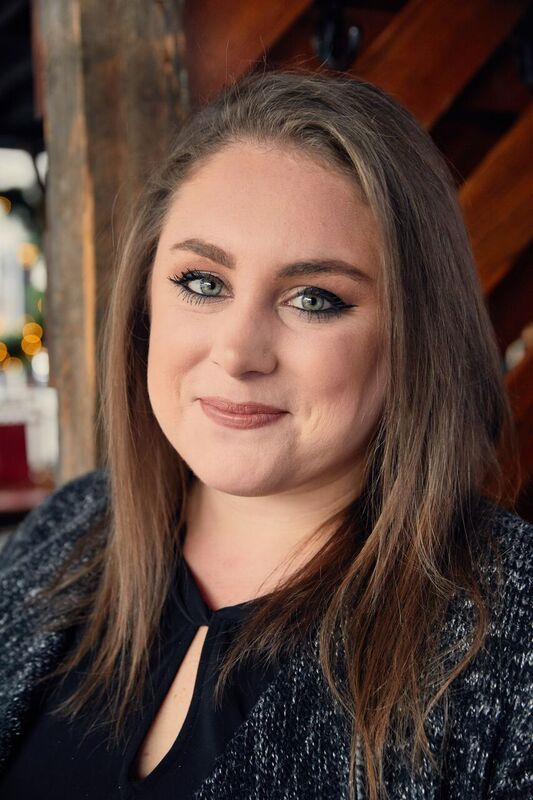 What brought you to ICE?

After graduating high school, I was in school for social work, found a job as a hostess at a restaurant and fell in love with the industry. I went to ICE to take a tour of the old location on 23rd Street and loved it but didn’t know if I was ready to make that commitment at the time. So I continued to work in restaurants and started expediting, serving and bartending a little, while staying on ICE’s email distribution list. I heard about the first #CulinaryVoice scholarship four years ago, so I gave it a shot. I made a video and uploaded it to Facebook and Instagram and did the whole competition. Somehow I wound up winning a full scholarship to the management program.

Were you interested in the Restaurant & Culinary Management program before the contest?

I was. I didn’t know really in what capacity I wanted to be in this industry; I was just trying to figure it out working in different places and different positions. I knew that I loved it but didn’t really know where I wanted to go with it, so that helped solidify that decision.

What did you learn in the program?

All of it, especially starting at Porchlight where I am now. I started there as a barback about three years ago and realized the one-upmanship that I had as far as understanding proper food handling through the ServSafe course. When I started barbacking there, I realized how much I had learned and was able to put to use there as far as the proper food handling procedures, being efficient with using products, helping manage inventory and best practices for stuff like that. And applying all the things that I learned here into my barbacking role really helped me excel in that. Then I started to be a server at Porchlight, then a bartender, then a supervisor, then a manager. And as soon as I started managing, it really all immediately came back and definitely made me more prepared for this role than I would’ve been.

What inspired you to apply at Porchlight?

I love this story. I was at ICE in one of my classes and the instructor got a phone call, and it was strange that he stepped out of the room to take it, but he came back in and said, “It was someone from USHG [Union Square Hospitality Group], and they are doing a social scavenger hunt and want to interview one person.” So everybody in my class was asking, “What’s the job?” “What’s the position?” and I shot my hand up and said, “Me. I want it whatever it is.” So Mark Maynard, the director and co-founder of Porchlight, came by. Now I know more of the story: They were doing a leadership summit that involved a social scavenger hunt, and one of the items on the checklist was to interview a culinary student. So we had this quick, 90-second interview. He asked me a couple questions about myself, told me he just opened this cool bar, gave me his card and said come check it out sometime. It was really quick and impromptu, so I followed up with him and set up a trail to go and check out the place. He let me know that they actually weren’t hiring at the time, but that the trail would be great to supplement my education, which it was. So I hung out there for the day and watched what they do and was in awe of the level of professionalism of the whole place. It was unlike anything that I had seen in places that I had worked.

I talked to [fellow ICE alum] Mike [Shain], the previous GM [who moved on to Death & Co], and he offered me a job. The rest is history!

What do you like about Porchlight or USHG that’s made you want to stay with the company?

I have had the opportunity to work with some of the hardest working, professional, inspiring people I have ever known. Starting as a barback, I continued to ask as many questions as people would answer — and they just kept answering. I was encouraged to push boundaries, and I really appreciated my suggestions and input being taken seriously. It quickly became clear that the culture of USHG isn’t just something that we read excerpts about at ICE, but a real living example of everything I had been looking to find in my career. The support and confidence that I received from the team and my leaders motivated me to push myself to learn and grow more than I thought possible in three short years.

Did you set out to be a general manager or have a specific goal in mind?

Just seeing what opportunities come and my experience at ICE solidified that — being open, working hard and seeing what comes next. Being at ICE is definitely something I wanted in the past, but it wasn’t necessarily available to me. When I saw the scholarship competition, it was one of those doors that opened and I went for it. That’s been the mantra ever since: Keep working hard and see what happens next. So far it’s been working out pretty well.

What does it mean to become a general manager at a restaurant?

I’m still growing into my role and learning more every day. My most immediate responsibility is to lead by example. Creating an environment for our team to learn and grow is the most rewarding part about my job. Being able to witness someone be visibly excited and empowered and watching people's progression — runners become servers become barbacks become bartenders — is so exciting for me. People that I was teaching things to when they first started now know so much more than me about certain things, and that’s the coolest part.

Do you think you have an advantage as a manager with formal training from ICE?

Absolutely. Even now, starting to work through the hiring process and interviewing while I have a ton of support in that way from USHG, I learned so much about that at ICE. Same with inventory, cost control, managing P&Ls and all of that. Those are things that I was learning at ICE while I was barbacking. At the time, it gave me insight into the bigger picture and showed me how what I was doing then impacted the business every day. My education from ICE definitely put me in a position to be able to get to where I am now as quickly as I did.

Continuing to work hard and see what opportunities open. I’d eventually love to be operating my own business in one way or another or to have a part in creating a concept somewhere, but I haven’t necessarily solidified a goal because I don’t want to put blinders on. I want to keep exploring what this industry has to offer.

Is there something to be said for getting experience managing before owning?

Absolutely, 100 percent. I want to get as much experience in management as I possibly can, and owning something will be later down the line for me.

A couple things: definitely the knowledge and passion that the bar team has. It sets a bar that the rest of the team looks up to and aspires to, especially since we are a pretty high-volume cocktail bar. The skill level behind the bar is really impressive. Of course, on the other end is the development, which is fascinating.

We love to have fun! In a restaurant setting you go to the table to interact with the guests. In a bar setting – the guests come to you. This creates a level playing field between us and our guests and provides both sides with those vulnerable moments that can make for some of the best connections.

Just go for it. Take every opportunity that’s presented. All of the guest speakers that come in: go to all of those, meet them, make those connections early, follow up. Take advantage of everything that ICE has to offer. Do as many of the extracurricular classes as possible. And maintain your relationships with the people who you are in class with here because the network is so important.

Learn more about ICE's Restaurant & Culinary Management program to pursue the business side of restaurant careers.