Ben Wiley (Pastry Arts ‘06), co-owner of five successful Brooklyn bars, is on the move. Whether he’s scooting to a jiu-jitsu class in Manhattan or popping into one of his bars for a weekly visit, he’s always headed somewhere—that and a passion for the service industry seem to be his calling cards. 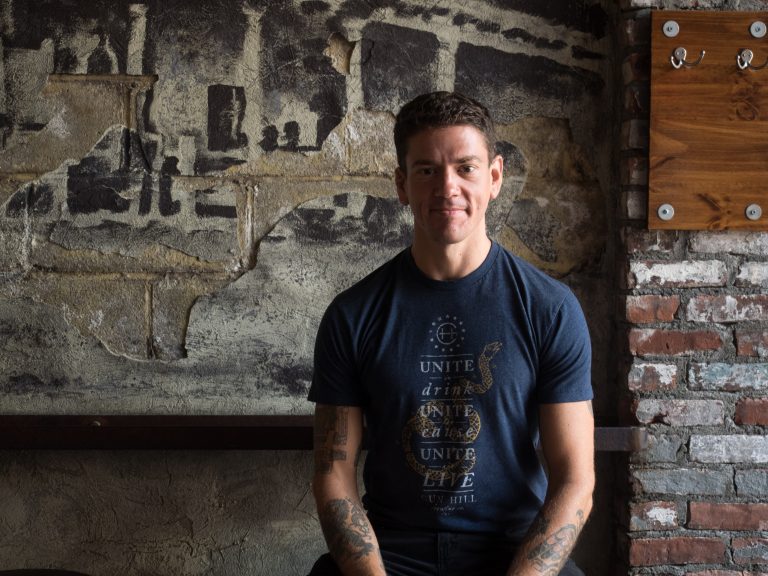 From his hometown in northern New Jersey, Ben headed west to the University of Illinois to study Japanese. He then traded the Midwest for Yokohama, Japan, where he enrolled in a master’s degree program through Stanford University. It was during this time that Ben developed a love for baking and craft beer.

Motivated by a paucity of good, readily available bread, he spent countless hours in his home kitchen trying to create the perfect loaf. When he wasn’t studying or in the kitchen, Ben was a regular barfly and part-time bartender, which served to improve both his language skills and knowledge of good, craft beer.

After five years in Japan, Ben returned to New Jersey, at which point, with visions of a small café or bakery in his head, he decided to enroll in the Pastry Arts program at ICE. After completing an externship in one of the hottest kitchens in New York City, Del Posto, he and his brother hatched a back-of-a-napkin plan to open their own business—a neighborhood bar.

Though transitioning from pastry chef to bar owner seems like a leap, the detail- and service-oriented nature of both are a natural fit for Ben. He took a pause from one of his typical, frenetic days to do the ICE alum questionnaire.

Favorite sandwich spot: There is a bodega right on the corner of 27th and 8th Avenue, right by FIT. It’s a standard-issue bodega that probably makes the same wraps as every other one in town, but they know me. I get a spinach wrap with chicken, sautéed spinach and some kind of cheese—I always tell them to pick one for me. It’s perfect. It digests well, and I can work right after. It’s six bucks, and it makes me happy.

Describe a day in the life.

My wife and I get up around 7:30 a.m. I make her coffee every day. I don’t have to get up early, but I like to. With the dog, I walk her halfway to work, then the dog and I come back. I work from home for about two hours—emailing stuff, ordering beers, working on upcoming events and organizing anniversaries.

With five bars you end up having anniversaries all the time. I scoot on my scooter into Manhattan and train jiu-jitsu for an hour. I stop by the bodega, grab my wrap, then I scoot to whichever bar I’m working in that day. I generally pop into each bar once a week.

I’ll work for about two hours, then come home to start prepping dinner and walk the dog. When my wife comes home, we’ll have a drink (or not—we take a month off drinking sometimes). Then we hang out, put our feet up and laugh at all the nonsense we’ve gotten up to that day. Or I work out again. We work out a lot.

After I got my master’s degree in Japan, I landed a job as a translator for the Japanese government. They shipped me to Fukui, where I lived for three years doing a “suit-and-tie” desk job.

It’s hard to find good bread in Japan. There are amazing French bakeries spotted around the country, but the general level of bread was limited to big, fluffy white bread. I couldn’t find the “healthy” bread that I wanted, so I got into baking.

I was making bread in bread machines, then experimenting with 48-hour fermented dough and trying to catch yeast in the air. I bought a ton of books. That’s one thing: if I get into something, I get into it pretty seriously.

After five years in Japan, I came back to the states. I moved into my mom’s apartment in Patterson, NJ, working for a garbage collection company and trying to figure out my life. I realized that I’ve always loved bread, so I Googled and found ICE, located right in New York City.

“This could be my ticket to a new life,” I thought. I envisioned opening a small bakery or café one day. So I enrolled. When I graduated, I got an externship at Del Posto when it had just opened.

The key is to treat people well enough that they’re succeeding and happy so that they don’t have to take from you to be happy. I say, “Make the people who work for you win first, and you’ll win later.”

What got you into the bar business?

After culinary school, I moved in with my brother in Carroll Gardens in Brooklyn. He was working in a job where he was doing well, but not happy and looking to shake things up. The craft beer scene was very small in New York at the time.

One night over beers, my brother and I started talking about opening up a bar. I remember sitting in our kitchen, literally mapping things out on the back of envelopes— if we sell 10 beers an hour, open eight hours a day—those types of calculations. We both loved the idea.

One night we were out at a crappy little bar at 280 Smith Street (where Bar Great Harry is now), and there was a little old guy at the corner of the bar, wearing a suit. I said to Mike, “What’s a guy like that doing here? He has to be the owner.”

When he went out for a cigarette, Mike and I followed him outside. “Is this your bar?” I asked. “We want to buy your bar.” The guy smiled and said, “Really? I want to sell my bar.” Three months later the contract was signed, and we completely renovated the space. That was Bar Great Harry. I bartended every day for weeks and weeks until we could hire more staff. 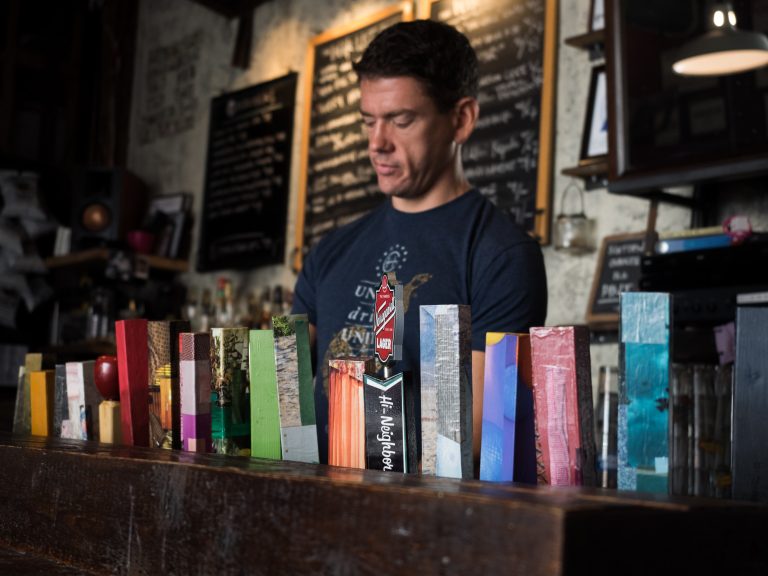 How did studying pastry arts at ICE prepare you for owning bars?

Culinary school, especially pastry, is all about being prepared. The execution, a monkey could do. It’s how well you prepare and measure everything out, that’s what’s important. That skill set is tremendously important to a small business that’s inventory-based.

In a service industry, it’s different, but we have liquid that I sell. Everything has to be calculated—what’s the yield from this keg of beer, how many servings do I get, which size servings, how many do we have to sell. That idea of weighing, measuring, preparation, mise en place—that had a tremendous impact on me and how I manage our business.

Advice for anyone considering getting into the bar business?

It cannot be said enough how important your staff is. In a bar, your staff will make or break you. If you’re successful with one bar, you’re going to open two and three. You can’t be everywhere all the time. As soon as you’re not there all the time, you can have all the checks and balances you want, but people will take from you.

The key is to treat people well enough that they’re succeeding and happy so that they don’t have to take from you to be happy. I say, “Make the people who work for you win first, and you’ll win later.” Hire people who you trust deep down. You can train people to make a drink. But when I interview people I think about whether I really trust them and whether they really want to be there.

Where do you see yourself in five years from now?

In five, I’ll still be partners with my brother in the bar business. Maybe we’ll have six or seven bars at that point. I think six and seven will be different from the first five, but not sure what form they will take. Hopefully doing something a bit different from before. We’re also looking for houses up the Hudson River.

Ready to launch your new career? Find out more about ICE's career programs.