The Odds for Tomorrow’s Restaurant Owners Just Got Better

Rick Camac knows a good business idea when he sees one. In 2005, he and Chef Zak Pelaccio went out on a limb when they introduced New York City to Malaysian bistro cuisine at their West Village restaurant, Fatty Crab. This was before the proliferation of “fine casual” dining, when pork belly served with a hip hop soundtrack was still something of a novelty.

Fatty Crab, which earned critical praise and grew to a small empire of similar-concept restaurants, is just one example of Rick’s business savvy. Whether it’s restaurant concepts or computer software, both of which he’s developed successfully, Rick has the ability to spot potential and is ready to double down on ideas he believes in. His latest endeavor, as ICE’s new Dean of Restaurant & Hospitality Management, may be his most successful to date, as he’ll have the chance to share lessons gleaned from his years of experience with each student in the program. If the odds of opening a profitable restaurant or food business are slim, we’ve got good news — they just got better. 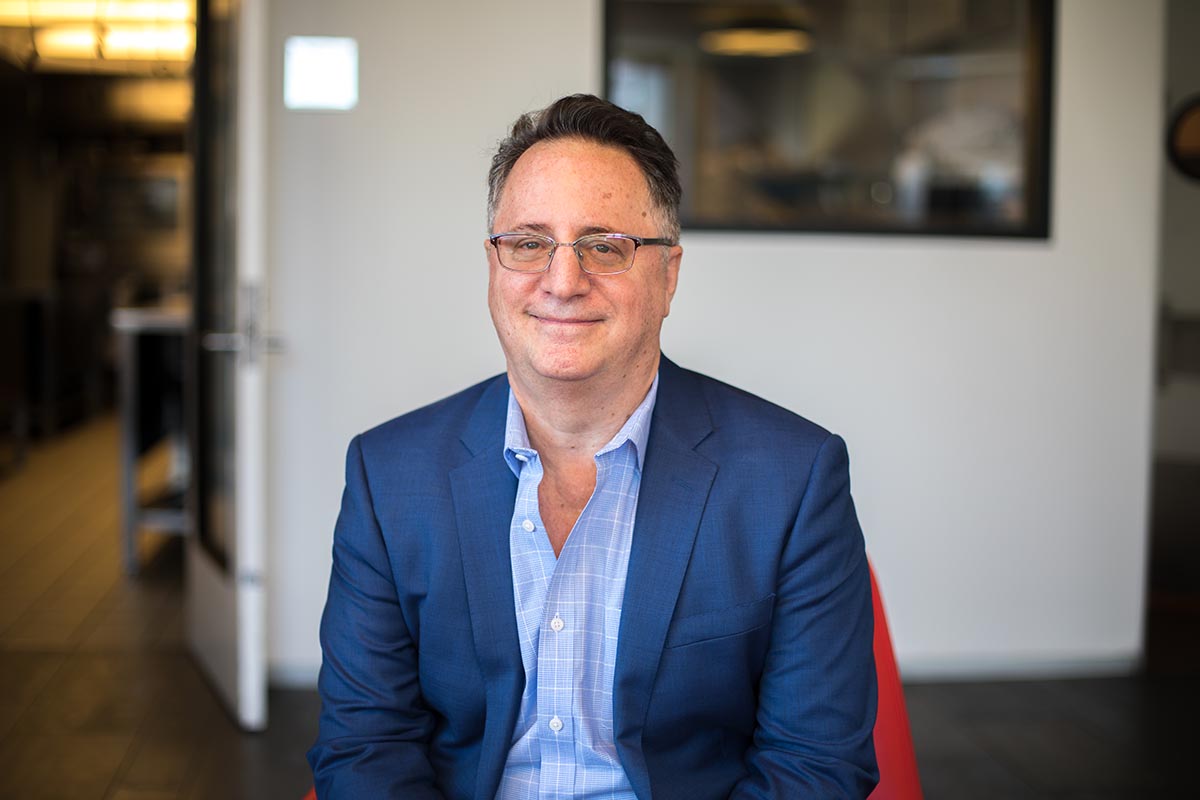 Like many ICE students, Rick is a career changer. After college, he took a job on the road with 80s rock-pop icons Hall & Oates. “We traveled 50 cities in 90 days,” says Rick. “Life on the road is everything you can possibly think it would be.” A dream gig for many recent grads it may have been, but at the end of two rollicking years, Rick decided he wanted something more. He enrolled in a Computer Technology program at NYU, and became a computer programmer for the City of New York.

It would be years before he entered the business of food, but Rick already started displaying the defining characteristics that would stay with him throughout his career: an entrepreneurial spirit and an oracle-like ability to imagine ways that things could work better. Though Rick quickly rose through the ranks to top programmer for NYC, he and a partner decided to launch their own venture, developing software for various industries, including the first home banking and automated employment search programs. Rick and his partner were providing industries with incredibly useful tools they never knew they always needed. Systems that were almost too advanced. “We were ahead of the technology curve,” says Rick, “and sometimes the world wasn’t ready to grasp it.”

Rick grew up in Long Beach, Long Island, at a time when sushi was considered cutting edge cuisine and the term “foodie” was unheard of. Though the food scene was provincial, Rick was lucky to live near a bon vivant uncle, who showed him a more worldly side of dining, taking him to the island’s fine restaurants and preparing then-exotic dishes like steak tartare and ceviche. “He made me interested in food at a very young age,” says Rick. “I loved food and knew the difference between good and bad quality.”

By day, Rick led the business side of a growing software company. By night, he fed a lifelong love for food and wine. It wasn’t until a friend pitched him an investment opportunity in a forthcoming Murray Hill bar that Rick got into the culinary business himself. And once in it, he never turned back. That first venture whet his appetite for bigger projects and more involvement, so he teamed up with a former Pastis general manager and a bar manager at Rhône, and together they hatched the idea for 5 Ninth — a swanky lounge and restaurant in the Meatpacking District, which was on the brink of transitioning from seedy-industrial to "Sex and the City" chic.

The odds were against them — they chose as their restaurant site a near-dilapidated 19th-century townhouse, with no kitchen to speak of — but ultimately the place was a success. Shortly after its opening, The New York Times restaurant critic Frank Bruni warmly reviewed the pioneer restaurant, writing that “(a) butterfly is about to happen, in a neighborhood spreading new wings.” After 5 Ninth came the aforementioned Fatty Crab, where Rick and Zak Pelaccio turned a former laundromat into downtown’s trendiest new restaurant. The New York Timesjournalist Pete Meehan noted the restaurant’s immediate cult status. “(T)he restaurant has been full nearly since the minute it opened,” wrote Meehan. “As it settles into a more seasoned groove... the throngs are likely to grow denser.” Once again, Rick demonstrated that characteristic ability to envision possibility in an otherwise unremarkable space — and then turn a profit. 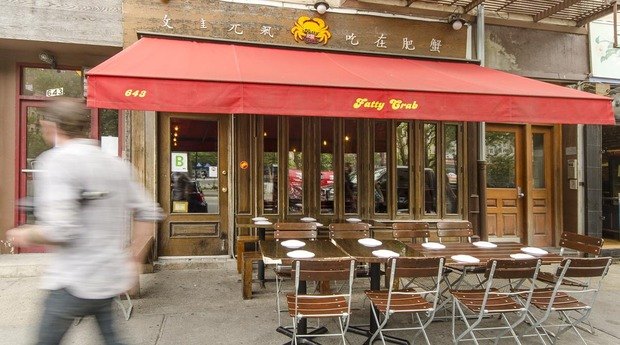 Opening any restaurant is a daunting task. But to open a successful restaurant with stellar reviews in downtown NYC, you have to go beyond just a passion for food. You have to be a smart businessperson. “That’s something that our industry needs more of,” says Rick. “People who not only understand the culinary business, but business in general.” Since Fatty Crab, which expanded to several other iterations, including international locations, Rick has consulted with many restaurant and hospitality entrepreneurs on launching or improving their businesses. Says Camac, “I love strategizing about business in general. I love building things and seeing concepts come to life.” As ICE’s new Dean of Restaurant & Hospitality Management, students will benefit from his expertise and mentorship, as they bring their own concepts and careers to life.

Find out more about studying restaurant or hospitality management with Rick.