Notes From the Pastry Lab

Inside the Mind of Michael Laiskonis

Now that ICE has moved into a new home in Lower Manhattan, our long-anticipated Chocolate Lab and state-of-the-art pastry kitchens are nearly ready to begin classes. In turn, my day-to-day role at the school has remained as active and varied as ever. Yet between regular class visits with our professional Pastry and Baking Arts students and my own roster of courses for ICE’s School of Professional Development, I’ve still found time to continue research on various creative projects. 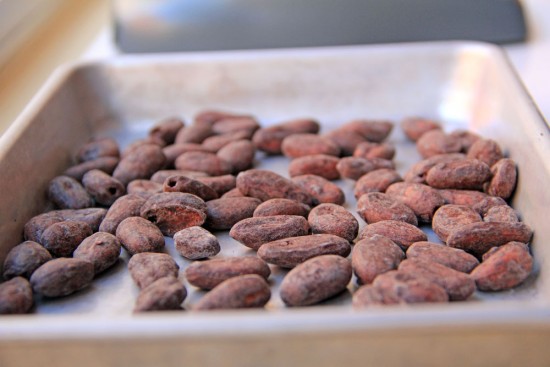 Selecting ICE’s Single-Origin With regard to the Chocolate Lab, the bean-to-bar equipment has arrived and is ready to be turned on, including a roaster, winnower, refiner and tempering machine. Meanwhile, my mind has been focused on raw materials. Over the past few months, I’ve begun collecting an array of single-origin samples from regions including the Dominican Republic, Ecuador, Madagascar, Trinidad and Tanzania. Though one can begin to assess the qualities of a cocoa bean from visual cues (cut tests on a sample of beans can reveal certain aspects of the fermentation process) the true potential of the bean is realized with sample roasts and careful tasting of the nibs. I won’t give away the results just yet, but I believe I’ve decided on which bean we’ll be using for our very first batch of chocolate! 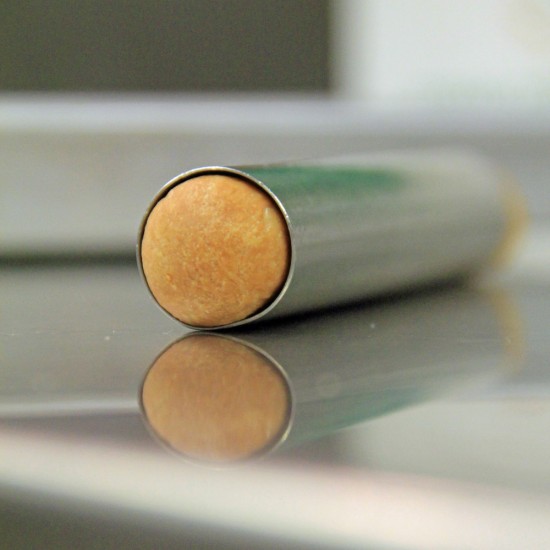 Back to the Baba A world away from chocolate, yet equally classic in its simplicity, is the baba. A staple of French bistros, this dessert of (typically) rum-soaked yeast dough and cream is beginning to see a well-deserved rebirth. I enjoy seeing younger pastry chefs—like Thomas Raquel at Le Bernardin—honor the traditional aspects of the dish while infusing it with new flavors. I have been working on a cylindrical presentation for a year or so, and recently had my own spin published as part of my ongoing contributions to “Dessert Professional” – adding notes of pistachio, caramel and citrus to the mix. 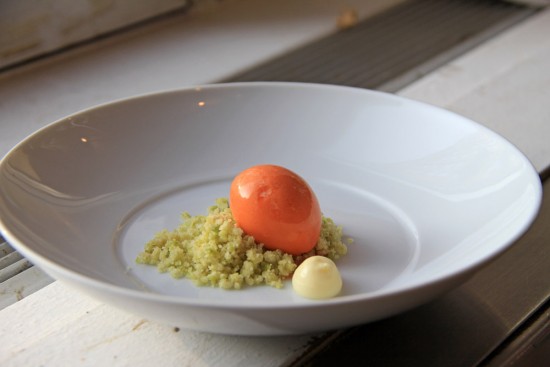 Reinventing “Peas and Carrots” With summer nearly upon us, I’ve been meditating on seasonal flavors. Though a bounty of fruit is beginning to emerge in the market, I’ve spent the last few summers experimenting with sweet vegetable preparations. Add enough sugar to anything and you can probably call it dessert, but when working with vegetables, it’s far more interesting to coax out their natural sweetness and blur the lines between sweet and savory. I recently explored this challenge as part of a pop-up dinner series in Chicago. The chef behind the project is Trevor Teich. He asked if I might consider collaborating by transforming some of his big-picture concepts into realized desserts. The idea of peas and carrots intrigued me most, and I decided not to overcomplicate it: juiced carrots form the vibrant base for a sorbet, while freeze-dried peas offer color, texture and flavor to a simple crumble. Needing one more element to firmly tie the two together, I added a kind of eggless pastry cream, heavily infused with orange zest. 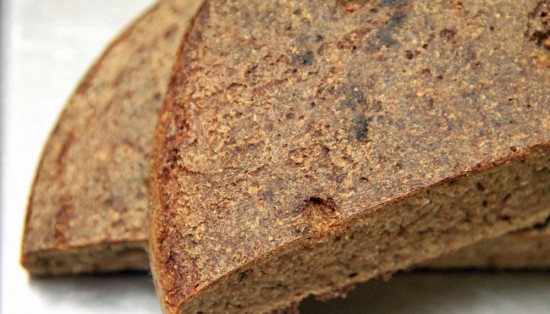 A Search for Ancestral Flavors Finally, those who have been following my posts on the ICE blog may recall last year’s intensive study in bread after receiving a carefully pampered levain starter from a baker friend. I still continue to feed that starter (now well into its 16th year), but I hadn’t had much opportunity to put it to use with other projects taking priority (notably the Chef Watson cookbook collaboration between ICE and IBM). However, I recently returned to bread when a Lithuanian friend offered her mother’s recipe for the traditional dark rye that is a staple in the Baltics. I had been seduced by this bread over multiple visits to Latvia and Lithuania, but was easily intimidated by the lengthy seven-day process it required. The recipe begins with nothing more than dark rye flour and water to create a natural starter, which can be a finicky medium for wild yeasts. The task was compounded by the recipe itself, which calls for “handfuls” of this and that, running completely contrary to the gram weight precision I normally operate under. With some advice from my colleague and ICE’s resident bread expert Sim Cass and a measure of patience, I turned out a few hefty and impressive loaves on my first attempt. This unique bread is surprisingly hard to find outside the Baltics—even in New York—so the formula is one that I look forward to refining in the future.

As far as I’m concerned, whether it’s a dark rye bread, baba or a recipe for ICE’s signature chocolate bar, no single recipe or composed dish is ever really “finished,” but rather remains under a constant state of evolution and refinement. With the kitchens at ICE as my laboratory, every day presents an opportunity to try something new…or to make an old idea new again.

Want to study with Chef Michael? Click here for a list of his upcoming professional development classes.