My Unlikely Decision to Embark on a Culinary Career

This Labor Day marked the one-year anniversary of my unlikely decision to embark on a culinary career. The defining moment occurred in Colorado, when I was promoting my father's brand of hot sauce at a Whole Foods grand opening (a relatively recent side project to distract him from his other, ridiculously full-time job).

The pulled pork recipe I created with the sauce “on the fly” for our demo was—if I do say so myself—a major hit. Customers were coming back for seconds, thirds, and even fourths; they were buying jars of hot sauce by the cart-full and asking me for the step-by-step recipe. Even the butchers came over to personally congratulate us for selling them out of pork shoulder before one o’clock. My head was ginormous. I was addicted.

But I guess I’m getting ahead of myself. Let’s go further back in time--say, two more years, shall we? A junior in college, I was majoring in Political Science with my sights set on law school. That fall, a friend invited me to a potluck dinner party, and I decide to bring mashed potatoes.

At the time, making mashed potatoes from actual potatoes was a foreign concept; I didn't even consider it an option! Instead, I reached for the year-old box of powdery flakes in the back of my pantry. Just add milk! Perfect.

Later that year, while grocery shopping with a friend, I wondered aloud: “What are these weird-looking little gizmos?" She stared at me, hoping I was joking, then quickly realized the sad reality: I wasn't able to identify garlic in its natural form, as I was used to seeing it solely in powdered form in my spice cabinet (which I then used as a secret flavor weapon for Easy Mac). To say I was inept in the culinary department is an egregious understatement.

Don’t get me wrong; I have always loved to eat. It’s just that, up until that point, I was more of a “first-name-basis-with-the-Chipotle-cashier” type of eater. My mother was an excellent cook, whipping up some of the best authentic Lebanese dishes you have ever tasted, but the process of how they appeared on the table was not something I took a particular interest in as a kid. (To completely honest, I preferred eating delivery pizza instead.)

Ultimately, it was the bizarre schedule I kept as a student that facilitated the discovery of my greatest passion. With random two-hour pockets of free time between classes, I discovered the glory of daytime food television. I know, I know--most of these cooking shows are not the epitome of culinary excellence. Most food snobs will denounce them as mindless entertainment, but with my barely rudimentary knowledge of the subject, it served as the perfect starting point. 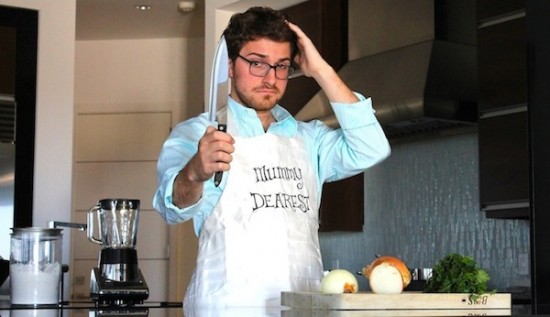 From there, it became more than a hobby; it was an obsession. Nearly every moment of free time was spent consuming food-related media—from television, to blogs, magazines, books, and everything in between. I had a desire for knowledge that I had never felt in traditional schooling. And I was not only learning, I was doing. My roommates and I began holding regular Iron Chef­­-style cook-offs in our kitchen, each one of us trying to outdo the other with our culinary creations. Before I knew it, I was home in Texas on holiday break, serving my parents a four-course meal I had made from scratch, both to their delight and confusion.

Fast forward to that weekend in Colorado. I was on a cooking high like never before and had just finished reading Yes, Chef (the memoir of beloved New York chef Marcus Samuelsson). I was so taken with his story, and so completely enthralled by his vivid description of the many years of disciplined study and hard work--both inside and outside the kitchen--that he undertook in order to truly master the culinary craft. That was the moment I realized: this is the profession for me.

While some people advised me to skip culinary school and go straight to working my way up in a professional kitchen, I knew that was not the avenue I wanted to take. Getting a formal education would provide not only the foundational skills to put me on the right career track, but perhaps more importantly, it would give me the confidence in my own abilities that is so crucial for success in this field (or any field, for that matter).

To be sure I was making the right choice, I decided to spend a year working in the food industry. I trailed in various restaurant kitchens, worked in concession trailers, and continued creating recipes for cooking demos with my dad’s hot sauce. I also started my own food blog, where I developed and styled recipes inspired by pop cultural events, television, music, trends, and restaurants. 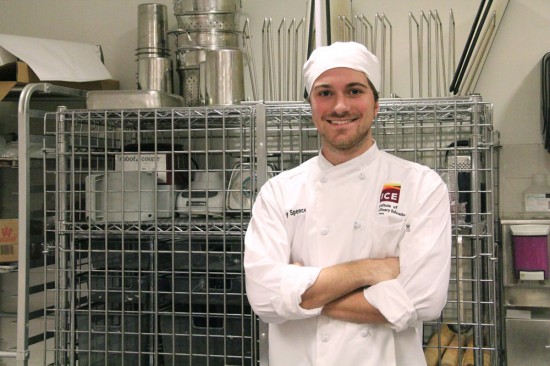 My aspirations grew to becoming not only chef, but also a teacher, using writing and various media platforms to convey the importance of food in a way that is relatable and interesting—even to people outside of the typical “foodie” crowd. After all, if it wasn’t for television, I would probably be eating mac and cheese out of a box and pulling my hair out in law school right now.   Instead, I'm lucky enough to be in New York City, one week into my Culinary Arts program at ICE, and getting ready to start Culinary Management.

Having the chance to follow my dreams in one of the most exciting food cities in the world is a truly incredible opportunity, and I don't intend to take it for granted. I'm doing my best to soak it all in and take advantage of the vast opportunities that both the school and the city can offer me.

On my first day of class, the chef told us that this is a profession where you never stop learning, and I’m excited to be able to share the beginning stages of my education with you all.