Cooking the Books: ICE Alums and Instructors Take On Publishing

As author Christopher Hitchens once said, “Everybody has a book inside them.” When it comes to those in the culinary world, that book needs to come out, and when it does it’s usually in the form of a cookbook.

While it may seem like an impossibility, with a little organization, networking, and lots of thought—you too can publish a cookbook. Just like the many ICE instructors and alums who have done before you. 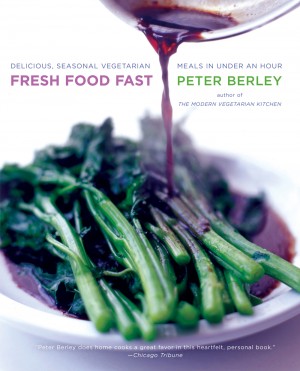 ICE Chef-Instructor Peter Berley actually didn’t know he had a book in him until Judith Regan, famed editor and publisher, told him so.

At the time he was the executive chef at Angelica Kitchen, a vegetarian restaurant that had received much praise. Regan, who was a fan of the eatery, could see an audience existed and suggested he write her a letter outlining the cookbook he would pen.

“I didn’t know what I was really doing,” admits Berley who also runs The North Fork Kitchen and Garden, a culinary studio in South Jamesport where he teaches workshops. After spending a year and half on The Modern Vegetarian Kitchen, the book came out in 2000 to rave reviews, winning awards from both the James Beard Foundation and IACP (International Association of Culinary Professionals). “It was freaky,” remembers Berley. “I did a book I wasn’t looking to do, and from there I was able to negotiate book ideas.” What followed was Fresh Food Fast  (Harper Collins 2004) and The Flexitarian Table: Inspired, Flexible Meals for Vegetarians, Meat Lovers and Everyone In Between (Houghton Mifflin 2007), the former just came out in paperback and the latter due out in paperback in March, 2014. 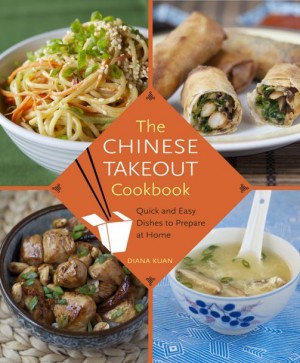 “I’m happy that my book is still out there,” says Berley. “It’s so easy for books to go out of print, but The Modern Vegetarian Kitchen is paying royalties. It has a life, it has legs.” In rare cases, like Berley’s, the agent comes to you, but more than likely, you will have to find them. Having a book agent is essential, but how do you find one? For Appetite for China blogger, Chef-Instructor, and ICE graduate, Diana Kuan, all it took was some research and diligence.

After taking a course in non-fiction book proposals, Kuan combed Publisher’s Weekly, an industry site, to find agents who previously published books in the cookbook genre. Kuan made a list and sent about 7-8 query letters to agents. She caught the eye of Janis Donnaud; coincidentally Berley’s current literary agent who he says is “the best in the business.” Kuan spent about three months on the proposal and Donnaud sent it out to roughly 10-12 publishing houses. The Chinese Takeout Cookbook was published in 2012 by Ballantine Books, a division of Random House. 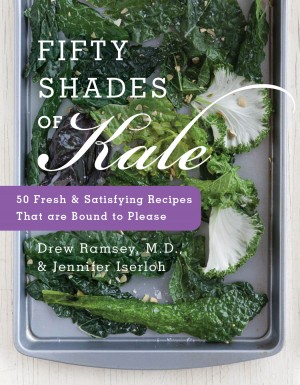 Are there other ways to get your recipes to the people? Absolutely. In this digital age, more and more readers are downloading e-books, making it easier for authors to self-publish. ICE graduate and culinary instructor Jennifer Iserloh is a prime example of the rewards of self-publishing. “When I came to ICE I was a rosy-cheeked innocent person, thinking I would work in, or own, a bakery one day,” says Iserloh. “It was my dream to write a cookbook.”

Iserloh has now written 15 cookbooks to date. Her latest 50 Shades of Kale, she and her husband self-published. “My husband is an e-book publisher and we just thought we’d see what happens.” The book drew roughly 90,000 downloads on Amazon before Iserloh was wooed by Harper Collins to bring the book to the publishing house. Iserloh insisted the cookbook include full-color photos and Harper Collins obliged and offered a small advance. Luckily for Iserloh, her husband had experience in the self-publishing arena.

Her advice for authors looking to publish on their own have high quality images and a unique topic.   Kuan also believes an original idea is key to cookbook success. “I think you need to have a really unique idea that’s not been done,” advises Kuan. “Or find a way to make an idea better.” She adds that having an expertise in something niche, like popsicles or mac ‘n cheese, will help focus your idea and make you stand out from the crowd.

How do you figure out the exact topic? Berley suggests asking yourself a few key questions: “What is the point? Why write it? What’s the purpose?” He explains, “It can’t just be about why you love food. It has to be specific.” Berley believes that is the one of the main reasons his books have brought success—they are distinct.

If you don’t necessarily have your own niche or consider yourself to be more of a collaborator than a solo operator, consider partnering with another chef, restaurateur or food industry professional. ICE grad Adeena Sussman found her place in co-authoring. “Chefs are not always great writers,” explains Sussman. “If you can develop a relationship with a chef while working on an article, then you can collaborate with them, frame pitches for them and help them pitch to the media.” Given their busy schedules, Sussman explains, chefs welcome collaborators to help them execute their cookbooks. 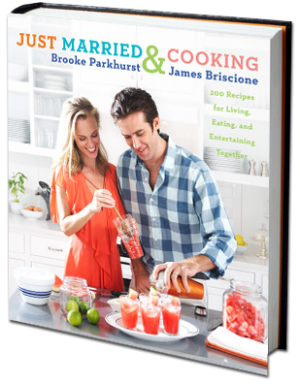 Co-authoring is fairly common and often husband and wives in the industry become natural collaborators. Such is the case with ICE’s James Briscione and his wife, food writer, blogger and ICE instructor, Brooke Parkhurst. They published Just Married and Cooking: 200 Recipes for Living, Eating, and Entertaining Together (Scribner 2011), which they have spun off into a lifestyle brand. ICE alum Allison Vines-Rushing and husband Slade Rushing, co-authored a cookbook, Southern Comfort: A New Take on the Recipes We Grew Up With (Ten Speed Press 2012), after years collaborating in the kitchen and partnering on their fine dining, New Orleans-based restaurant, MiLa.

While it has worked for these culinary couples, you don’t have to be married to your collaborator to make a great duo. Sussman and Founder and Director of the South Beach Wine & Food Festival, Lee Schrager, bonded when Sussman was an assistant food stylist on The Food Network South Beach Wine & Food Festival Cookbook, which commemorated the festival’s 10th anniversary. Currently they are collaborating on cookbook that showcases their shared love of fried chicken.

Words of advice every author can agree upon: Be prepared for rejection. “You have to be tenacious,” Iserloh emphasizes explaining she experienced roughly five years of rejection from publishers. She suggests finding a mentor who can provide guidance along the way and to never underestimate the power of networking. However, just like Berley, she has experienced serendipitous moments. “Some of it is magical,” she says, “Sometimes people just stumble upon you.”