When someone mentions “creativity” in the context of cooking, you might initially think about artful plating, unusual ingredient selection or innovation in cooking techniques. ICE alum and culinary director at Dig Inn Matthew Weingarten has built his career on a completely different type of creativity. 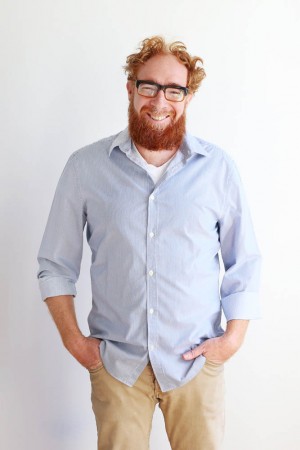 Namely, Matt has dedicated his career to reconciling the poetic mission of supporting local, sustainably sourced ingredients with the practical demands of running a successful business. “It’s great that we all care about how our food grows and where we’re buying it,” explains Matt,“but none of that matters if you can’t survive as a business. I feel incredibly strong about that—learning the business side of the decisions we make as chefs is the best way to realize our ideas and our dreams.”

Before he had this career epiphany, Matt was just a high school student working in a high-volume hotel kitchen. “There was no mentorship, no guidance—I told myself I would never work in a kitchen again,” says Matt. Somewhere during his time as an English major at Ohio University, the idea of cooking crept back in. “I moved to Asia after college for an English-teaching job, just to test if I could be happy doing something other than cooking. As it turns out, I hated my work, but I loved eating and cooking with the exotic ingredients that I found.”

Upon his return to the U.S., Matt enrolled at ICE and found an externship at American Place under legendary chef Larry Forgione. “I fell in love with that style of cooking—the connection to the farms, and the incredible knowledge that Chef Forgione had about the history of American cuisine,” Matt explains. From there, Matt mixed things up—from sous chef at a trendy boutique restaurant to catering chef at Tribeca Grill—intentionally branching out in different directions to best develop his skill set.

Among the many positions Matt tried on for size, one in particular stood out: working under local, sustainable food pioneer Peter Hoffman as the chef de cuisine at Savoy. “Peter and I would both say we met each other too late in our careers and didn’t work together long enough,” Matt notes. “Many of my ideas about food and who I wanted to be in the culinary world were formulated in that kitchen. Peter remains a great mentor and a very dear friend.”

What happened next may not seem like an obvious career choice, but Matt isn’t your average chef. “I was so happy at Savoy, but when I began to think about what real change would look like, it included scale. I got a random call from a recruiter at Sodexo (a leading international food service and facilities management corporation), and I realized that it was an opportunity to create real change and learn how our food system works outside of small, stand-alone restaurants.”

As a culinary director at Sodexo, Matt focused on introducing sustainable procurement choices and reimagining what cooking could look like on an industrial scale. The company oversees culinary services at over 9,000 sites in North American alone, meaning that each and every one of Matt's initiatives had potential to reshape significant factors in the mainstream chain of food production. Operating on that scale also meant that decisions couldn’t be made in a vacuum. Financial considerations suddenly became just as important in Matt’s world as any mission-driven cooking philosophy. 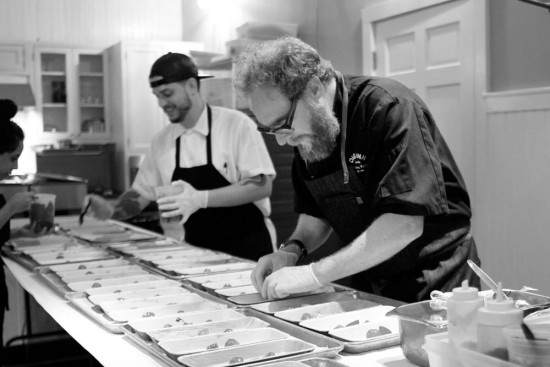 Today, as the culinary director at healthy fast-casual chain Dig Inn, the five years Matt invested at Sodexo has paid off, as he oversees all menu development for the company's fast-casual and catering concepts. “Working at Dig Inn has been the perfect fulfillment of the skills I gained at Sodexo and my personal culinary ambitions—creating the kind of food I’m passionate about and delivering that at an incredible scale.”

If Matt seems unusually passionate about business and management training for chefs, it’s because he has seen the pay-off of such strategies first-hand. “I love working at Dig Inn because we’re really strong on the business side. That means when you have an idea, you’re able to realize it! I believe that if you don’t scrutinize your own business, you can’t be successful beyond a year or two. Dig Inn encourages that thoughtful perspective, and it enables us to source sustainable food for eleven different NYC locations and a highly active catering division—all at an affordable cost.”

What’s more, Matt regularly lends his enthusiasm and skills to sustainability-focused organizations in the chef community. Most notably, he serves as the chair for the Chefs Collaborative board of directors, helping to develop programming that inspires and educates food professionals as frontline advocates for a better food system. “Whatever you’re passionate about in food, I guarantee that there’s a great organization working towards it where you can get involved. For me, it’s all about recognizing that we are a part of a food system and to think about how we can responsibly solve problems on that scale. It’s not enough to just think about ourselves as chefs—there’s so much more we can accomplish.”

Inspired by Matt’s culinary career? Get your start in the food industry with an ICE diploma in Culinary Arts.