Growing up, DaliaJurgensen always knew she wanted to cook. But, like many ICE students, she also wanted to pursue a four-year college education. After graduating with a degree in English, Dalia tried her hand at a career in the publishing industry, but soon realized that working in a traditional office environment wasn’t a good fit. 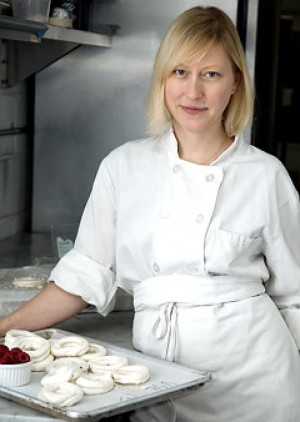 “By then, I knew I wanted to go to culinary school, but didn’t want to repeat college by going the traditional two-to-four year CIA route,” Dalia explains. Instead, she got a job as an entry-level pastry cook at Nobu and attended a part-time culinary school program on the weekends.

The combination of pastry and culinary experience made Dalia an exceptionally versatile talent in the kitchen, which caught the eye of Chef Joey Fortunato during her externship at restaurant Layla. Dalia soon worked her way up the line, learning far more than just culinary techniques.

“Under Joey I learned how to manage people, among countless other essential aspects of the restaurant business. Being a great chef is about so much more than just good food.”

Dalia went on to work as a pastry cook at the historic La Côte Basque, pursued stints in catering and even freelanced in the test kitchen for Martha Stewart Living Television. But she often returned to collaborate with Chef Fortunato at his various restaurant ventures, from Scarabée to Quantum 56 to a revamping of The Tonic that earned two stars in The New York Times.

“My combined training meant that I was able to work as a kitchen manager and culinary sous chef, and at the same time run the pastry kitchen. On a given day, I’d start by training new chefs on garde manger, and then jump to crafting desserts for service.” 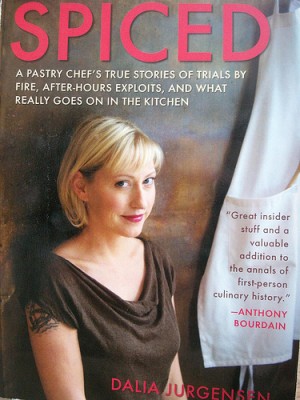 Then in 2004, Dalia was hired as the pastry chef at Chef Scott Bryan’s three star Veritas. “To this day, many people still think Scott is one of the greatest chefs in New York City. It was a great experience creatively, and definitely shaped the way I work to this day. As I tell my students at ICE, it’s much easier to start at the higher end of fine dining, the best quality restaurant you can find. That discipline shapes you, no matter what you do afterward. It’s harder to start in a more relaxed setting and then develop that discipline later in your career.”

At the same time, Dalia began working on a memoir, "SPICED," recounting the rewards and challenges of a life in the kitchen, as well as a few outrageous behind-the-scenes stories. The book was published in 2009, following Dalia’s relocation to Dressler, one of the first restaurants in Brooklyn to receive a Michelin star.

“Working at Dressler was interesting because it was a slight shift from where I had started. In the '90s, when I was coming up, fine dining was all about creating potential three star restaurants. But starting around 2000, there was this shift toward smaller, more boutique restaurants — and with Dressler, I saw those types of restaurants getting critical acclaim.” 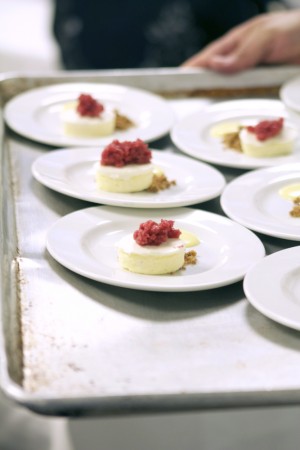 Dalia ran Dressler’s pastry kitchen for five years, and shortly after leaving the restaurant, she heard about the opportunity to teach at ICE. “I like teaching even more than I thought I would, in large part because of the kind of people who want to go into cooking; many of us feel that we don’t fit in more traditional roles. I like encouraging students to see that there’s more than one path to success, and that, through discipline and hard work, they can discover for themselves what they’re capable of, rather than having someone else decide for them.”

This outside-the-box thinking extends to Dalia’s fresh take on desserts, which have been a wonderful addition to ICE’s kitchens: “I am all about flavor, namely combining classic techniques with small twists of unexpected flavors. For example, one of my signature desserts is a panna cotta made with bamboo honey, then topped with bee pollen, almonds and raspberries. It’s familiar, but there’s an unusual element, too.”

As for her culinary training, Dalia sees no disconnect between a diploma in culinary arts and a career in pastry. “I never had a specific, long-term career goal. I just went for the best jobs available, and the opportunities that kept coming to me were in pastry. Just like any job, you don’t really know what a career is like until you do it for eight hours straight, so I always encourage my students to trail at a wide range of places to discover firsthand where they’ll feel most comfortable and be able to excel.”