From Investment Banking to Pastry Arts

I took a seat in one of the conference room chairs facing a display case of ocean themed sugar sculptures. How quickly would those fish melt in actual water, I wondered idly as the admissions representative closed the door and started to make her way across the room.

It was time for me to make my move.

“So let me ask you a crazy question,” I blurted.

The admissions representative, sifting through her folder of brochures, paused expectantly. Obviously my attempt at a natural transition in the conversation had failed. In fact, it must have been so unnatural that she looked genuinely scared by what I might be about to ask. After all, who was I but some random stranger who had stumbled in off the streets of SoHo asking to speak with Admissions? Some story about being a former Investment Banker… interested in the Professional Pastry Arts program. It certainly wasn’t a first, so why would anyone have been suspicious. Although crazy people can be articulate and clean cut too.

But what I was about to ask had been the true reason for visiting the International Culinary Center that afternoon. That’s not to say I hadn’t enjoyed the one-on-one tour of the kitchens, the lesson-by-lesson walkthrough of the syllabus and the presentation of the students’ chocolate projects. They were are critical pieces in convincing me that not only was I ready to enroll in Culinary School, but I had decided on ICC. 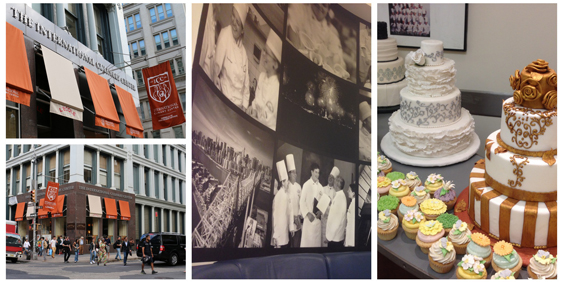 She still stood there… waiting… blinking… perhaps calculating if it would be better to scream for help or to make a dive for the door.

“I know you have a new class starting on the 15th,” I began. “I assume it’s closed at this point?” My voice lifted awkwardly with the question, my attempt to convey my true meaning – was there space for me?

“I suppose it’s possible to enroll right up until the start date,” she said with what could only be described as giddy relief. “Given the application process, students typically enroll at least a month before. We need to cover…”

“Up until that morning… yes, it’s possible.”

But this had not been some spur-of-the-moment decision. It was the foregone conclusion to hours upon hours of internal debate and months of covert diligence into various culinary schools and programs.

An hour later, arms full of sundry forms related to the application process, I stepped out onto the SoHo sidewalk at 462 Broadway. Facebook status update: “I think I just enrolled in Culinary School.”

When I emerged from the subway just minutes later there were 83 “Likes”. One comment appeared repeatedly: “About time!” 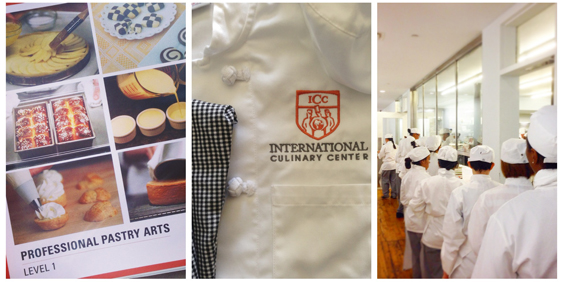 Six months earlier I had done something that still feels more like the plot from a mediocre feel-good-movie and not a scene from my life.

After 10 years of grinding it out in Finance, I had finally ended my career as an Investment Banker. It had taken me five attempts to officially quit (some people insist the number is higher). With each attempt, I had received convincing counter-proposals promising changes to my job designed to make “sticking it out” more palatable. They were well-intentioned proposals from (mostly) sincerely motivated people. But after a decade of 100-hour workweeks, few seemed to understand the extent to which my motivations had changed.

Globally recognized firm name… oversized paycheck by almost anyone’s standards… the ability to say things at cocktail parties like, “My week? Oh, it was fine… I worked on the largest equity deal in U.S. history for the U.S. Treasury… yes, we raised $21 billion… or was it $22 billion? I forget exactly. But how are the kids?”

It had all started to leave me cold.

Yes, the work had been stimulating… at least at first. As a 21-year-old fresh out of college, a job in Investment Banking had met all of the requirements, which, at the time, had defined success. And over the course of that decade, I consistently worked with amazingly talented people. But motivations change. Definitions of success change. And any spark of true personal interest… that “thrill of the deal”… had long since faded.

One Monday, somewhere between my fourth and final attempt to quit, I had a bit of an epiphany while sorting through my morning email.

For every note on IPOs, merger deal alerts or upcoming due diligence sessions, I had at least one email that read something like “Next Thursday night… group of 5… out of towners… thinking Korean food, but no seafood… something on the East Side… thoughts?”

Or perhaps, “Just heard about this thing called a Cronut… thought of you… we must go!!!”

Maybe it was the constant state of sleep deprivation that had caused me to miss something so blatantly obvious, but if I was spending every free moment thinking about or talking about food, then why was I not working in food? Cooking… baking… food science… food writing… restaurant management… from where I sat, 28 floors above Park Avenue, they all sounded infinitely more attractive.

The truth was, the culinary world seemed so impossibly distant from Banking, and I didn’t see how I could move from point A to point B. When I finally quit (the fifth time), it became clear that many people had similar doubts.

“So you’re going to leave banking… but what will you do next? Cooking? I know you… in two weeks you are going to totally freak out and have no idea what to do with yourself. You know it. You just don’t want to say it! You can’t sit still. No matter what you do, you’re going to drive yourself crazy. You might as well start wearing socks on your hands, tissue boxes for shoes and start talking to plants. I’m sorry… I don’t want to sound harsh. I’m just thinking about you. And you know that nothing else will pay this well. Nothing. And I’m sure you’ve heard about chefs’ hours. I just hate the idea of you working so hard for so little money.”

My counter was simple.

They would just look at me in silence, unable to respond. I had made my point.

And yet, in my last few days with the firm, there were more and more people who emerged, eager to reveal to me their shared sentiments in whispered chats over coffee.

“I am so jealous. I have been thinking about leaving for years too.” They would lean in closer, as if the other Starbucks patrons were there to record our conversation and report back to big brother, latte cups fitted with hidden microphones. “I’m just not there yet. Good luck. You’ll do awesome. Augh, I’m so jealous. I need to get out of here too!”

My start at ICC could not have gone better. I awoke that first morning to a Facebook post by Jacques Pepin, one of the school’s deans.

“Today is Julia’s [Child] birthday. I think of her often, and miss her. Let’s all raise a glass to her today.”

Well, if starting culinary school on Julia Child’s birthday was not a good omen, I don’t know what is!

Over the course of the first few weeks, I would leave class around 11pm feeling physically exhausted, arms loaded to a full evening’s work of pastry, but more emotionally energized than I had in years. Doubts about having made the right decision… regrets for having left something stable for something totally unchartered… I was genuinely surprised how I felt neither. 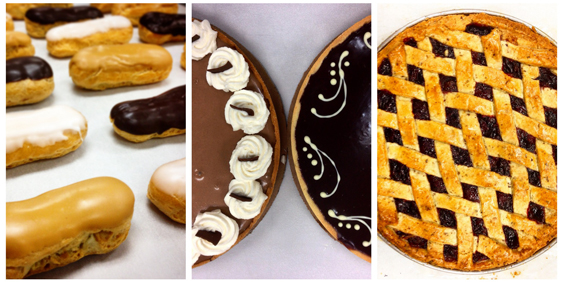 Three weeks into the Pastry Arts Program, ICC held one of its regular career fairs: a veritable “Who’s Who” from the culinary world and an unparalleled opportunity to meet with top potential employers. Although I was still a culinary school neophyte, I was eager to try my luck at an internship while still in class – take on a little real world experience to round out my classroom hours.

Speaking with prospective employers meant updating a long dormant resume. The night before the career fair, I sat at my computer, staring down the document that chronicled my 10 years in Finance. It was a crowded page detailing a litany of deals and transactions. The font size had been reduced each year to accommodate what had become a meaningless and illegible mess.

And then I hit delete, reducing everything to a single bullet point somewhere near the bottom… Investment Banker, 2004-2014.

The page looked relieved with the potential of things to come.

Mark Franczyk graduated from the International Culinary Center (ICC), founded as The French Culinary Institute (FCI). In 2020, ICE and ICC came together on one strong and dynamic national platform at ICE's campuses in New York City and Los Angeles. ICC’s culinary education legacy lives on at ICE, where you can explore your own future in food.