At the International Culinary Center, we love any excuse to celebrate French food and wine — we were founded as the French Culinary Institute after all! So this March, we were thrilled to participate in the Goût de France festivities with the French Consulate as they expanded the Official Good France Day, March 21st, into a 4-day festival celebrating la cuisine Provençale all around New York.

From March 20-23, New Yorkers had the chance to experience a taste of Provence with a spotlight on the region’s best chefs and its iconic dishes. ICC was proud to host the educational series of the Goût de France festival on Thursday, March 21st (the Official Good France Day worldwide) with a full day of hands-on classes, workshops and a celebratory reception.

Throughout the day, attendees learned about the incredible ingredients of Provence and how they could use them in their own kitchens. Below, learn what these seven featured chefs taught our attendees and find the recipes for their French classics to create at home.

On the morning of March 21st, 24 eager attendees gathered to create one of the most iconic dishes of Marseille — bouillabaisse. Chef Serge Devesa, executive chef of the Loews Regency in NYC, taught the secrets behind creating his perfect seafood stew.

A native of Marseille, Chef Serge has been cooking French, Asian and Caribbean cuisine for over 30 years. His bouillabaisse recipe is said to be one of the best in the country, and participants were lucky enough to learn how he’s been creating it for decades. Seemingly simple tricks like asking your fishmonger for the bones of the fish you’re purchasing were divulged, as well as incorporating fish stock to your rouille sauce to add a punch of flavor to your dish. 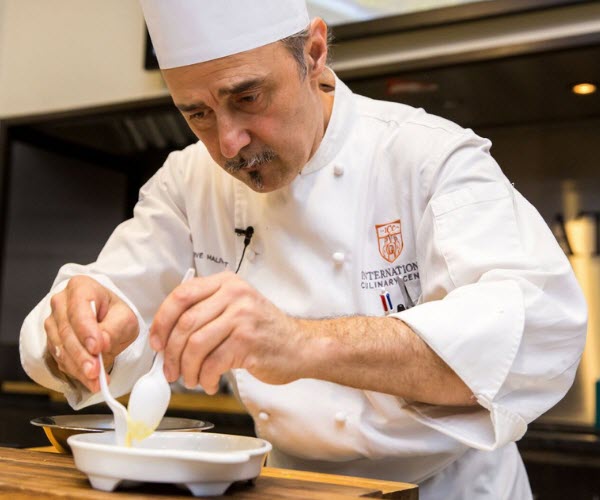 After Chef Serge’s hands-on class, cooking class attendees, ICC students & alumni and community guests were treated to three demonstrations throughout the day. First up, our very own Director of Culinary Arts & Technology, Chef Hervé Malivert, demonstrated how to make a delicious snack from Provence — panisse! Panisse is a fried chickpea flour cake straight from the south of France and served best with a glass of rosé in the summer months, or paired with heavier dishes in colder months. 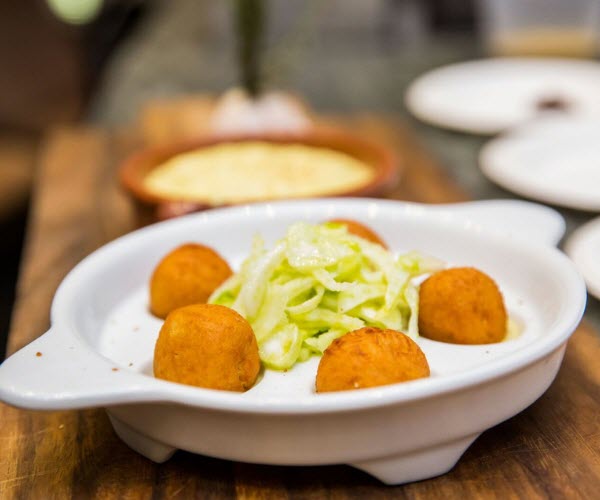 Chef Hervé stressed that when you’re cooking the batter, it is vital that you cook off the chickpea flour to avoid having a raw flour flavor. This cooking time will vary, but you’ll be able to tell when the mixture begins pulling away from the sides of the pan and the starchy flavor has dissipated. Chef Hervé paired his dish with a delicious aioli & tapenade. 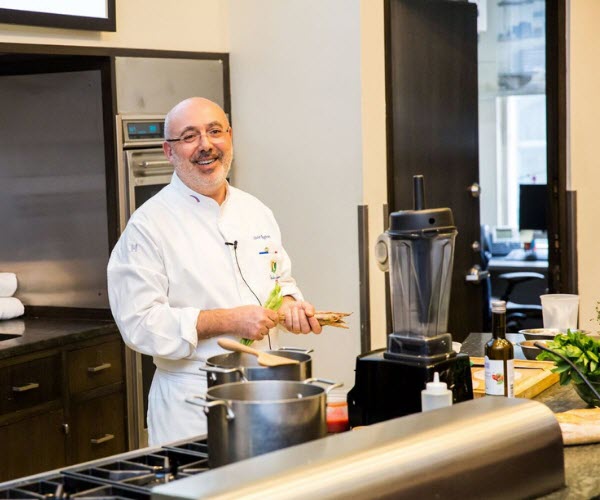 Interestingly enough, you’re not supposed to make Pistou soup with chicken or vegetable stock for a few reasons. For one, it is supposed to be a cheap soup that is filling, and shouldn’t require purchasing stock. In addition, it also allows the fresh flavors of the vegetables to be showcased in the soup. Chef Olivier stressed paying attention to the different vegetables when cooking as cook times vary. For instance, the cranberry beans that are essential to the soup take 15 minutes to cook, while the zucchini would be too soft if you cooked it in the soup for that long. 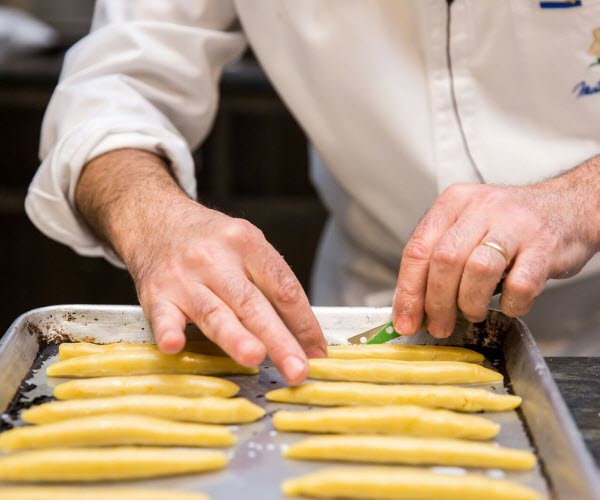 Rounding out the day of educational workshops, Chef Florian Hugo — cookbook author and chef — joined the ICC community to create one of the most widely recognized French dishes, Ratatouille, along with a sugary dessert, Chichi-Fregi, that was not to be missed. Unlike Pistou soup, where the vegetables are can be alternated depending on what’s available and in season, ratatouille must be made with a few key ingredients: tomatoes, onion, garlic, eggplant, red pepper and zucchini. 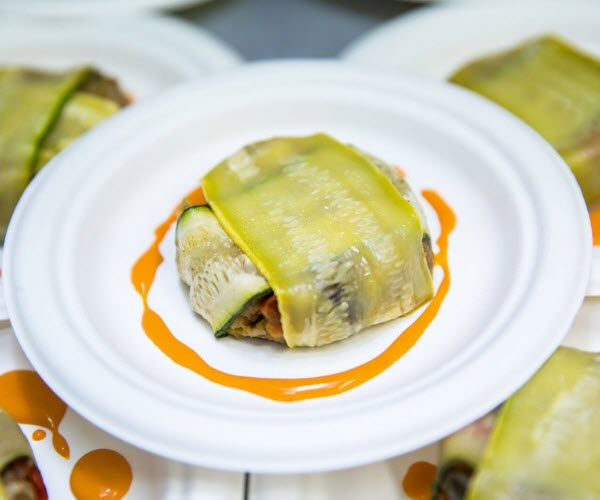 After enjoying Chef Florian’s perfectly plated ratatouille, he treated attendees to a sweet finish — chichi-fregi. Chichi-fregi is a fried, light and airy doughnut that is rolled in sugar and commonly served as street food. They are similar to beignets found in New Orleans, but with an orange blossom twist for added flavor.

New York’s Consul General of France, Anne-Claire Legendre, ended the night with a speech that was a perfect conclusion to the day of festivities. As she said, “When you think of Provence, you think of long lunches by the sea, fantastic landscapes and a long swim in the sea.” By bringing the five events to ICC, attendees were able to feel just that in the heart of NYC.