Forward, always forward. That’s the email signature of a friend of mine and the message never fails to resonate with me. The dawn of a new year acts as a slightly arbitrary but nevertheless symbolic occasion to take stock of one’s goals, past and present. As a cook, I see the arc of my career as a series of obstacles surpassed, an upward trajectory of constantly changing ambitions. Whether a student or seasoned professional, I think it’s crucial to keep leaning forward. 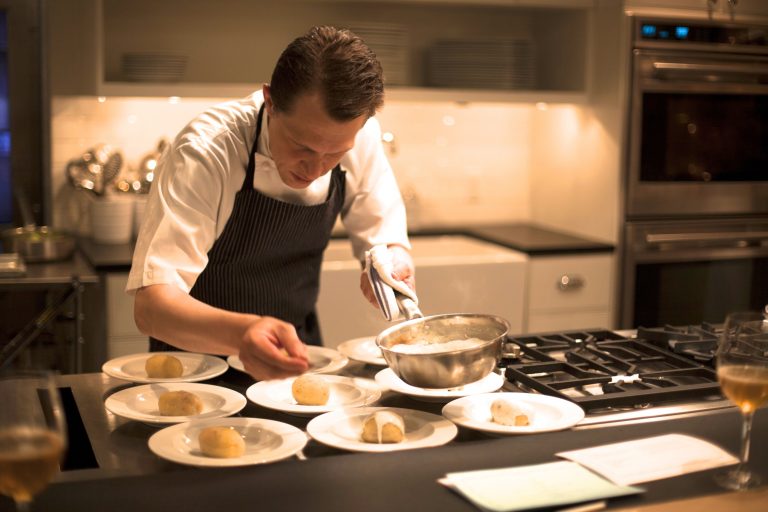 Five years ago this month, I completed an eight-year run as the pastry chef at Le Bernardin, satisfied (as much as one can be) that I had achieved a handful of notable accomplishments: a James Beard Award in 2007 and playing a role in the restaurant’s many accolades.

More difficult to measure is the effect that experience had on my evolution as a cook, in particular, my ability to organize the many moving parts of a top-flight kitchen and my overall confidence in myself. Moving to New York from Michigan in early 2004 was a considerable test of that confidence — while “making it” was always a long-term goal of mine, I never imagined I would enter at the level I did.

I was terrified, but when you jump into the deep end of the pool, hard work and perseverance keep you afloat. As I look back on my career, each move I made presented similar challenges. Rather than simply rest on whatever laurels I’ve earned, I still find it vital to press forward in pursuit of new opportunities, to refine and redefine my goals.

That we chefs cook because we love to – the manual act itself, the connection with the materials, the sharing with others – is a given. How we express that passion, however, is something quite personal and something that evolves. At every stage of our career, we should be calibrating our professional lives, making sure that our day-to-day work is getting us closer to our ultimate goals.

Of course, those goals can, and perhaps should, change over time. Almost twenty-five years ago I fell into the business, by accident in a sense, while working with bread. Seduced by the complex nature of bread-baking, for some time I was convinced I would specialize in bread alone. But as I started reading about the glories (and rigors) of haute cuisine, I soon drifted into dreams of one day working at that highest level of refinement. From humble beginnings in a small bakery, I took the leap and found my first restaurant job. 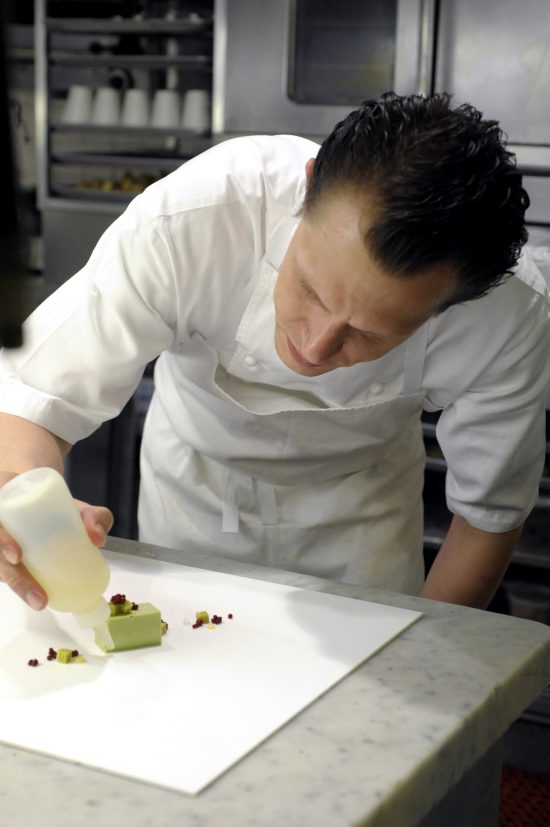 Working in a restaurant, everything I thought I knew about cooking technique and navigating a kitchen was turned upside down. My previous exposure to cooking was broad but not very deep. This first restaurant position not only provided the depth I lacked in terms of skill set, but also greater respect for the craft, ingredients and tradition. Having a strong mentor at the helm of that kitchen greatly accelerated my drive to cook better.

Under the chef’s watch, I created a pastry chef position for myself out of thin air, while still balancing my savory duties as line cook. A chef that provides that kind of mentorship is rare – someone who offers the guidance to succeed while also allowing space for failure. I was lucky to have found those qualities in each chef I've worked for. But that special relationship is a two-way street — the lessons of a master are only as valuable as the willingness of the apprentice to learn them.

Rather than jump around from job to job every couple of years, I always chose to stay on much longer in order to absorb every ounce of knowledge I could before moving on to the next opportunity. To grow professionally, we must be receptive to new challenges, even if it means setting our own objectives.

After landing my first restaurant position, the next step in my career was to go “all in” as a pastry chef. I hadn’t had formal training nor had I worked directly under any pastry masters, so again I leapt into frightening territory. Looking back, I remember that my primary goal was receiving some degree of recognition — a shallow wish in retrospect — but in wanting to make a name for myself, I also began to develop my own voice as a chef.

I was lucky to grow as a cook as our food culture grew, too — the harsh reality is that few chefs ever reach celebrity status. I like to think that good work attracts attention and in my case being in the right place at the right time (and once again, being receptive to new challenges) meant I caught the eye of Eric Ripert at Le Bernardin. Despite that daring jump into the deep end, I prevailed, and it was during that period of time that my voice as a chef matured.

When I felt the time was right to leave Le Bernardin, it was time to set new goals. Realizing that much of my time at that point had shifted toward mentoring a new wave of young cooks, I turned toward education and an opportunity to share my experience and skills here at ICE.

While there’s a different energy and sense of urgency than a hectic restaurant kitchen, the classroom offers a new set of weights and responsibilities. Once again, not content to just relax, I knew this was a great opportunity to push myself to pursue new goals – but now, instead of sharing the results with guests at the table, I’m sharing them with other cooks and students who will use those ideas in their own culinary journeys.

The task of running the ICE Chocolate Lab was yet another opportunity that presented a significant learning curve, and what excites me most is that the more I learn, the more knowledge I can pass on to others. So, what’s next for me this year? More of the same, of course, but I’m delving into areas I’ve yet to explore, with greater intensity.

Together with the side projects I’m invited to work on, my role at ICE has helped me realize my goal to be involved in many different facets of baking, pastry and confections where no two days are exactly alike. As I set both short- and long-term goals for the new year, I will continue to say “yes” to new challenges and to venture outside of my comfort zone.

Even this far into my career, I know the importance of learning something new every day. I’m not afraid to move continually forward, to get in over my head, because I long ago learned that’s where the true reward lies.

Want to get into the pastry kitchen with Chef Michael? Click here for information on ICE’s pastry arts program.