Last week, more than 250 members of the New York community came together to support STREETS International, a Hoi An, Vietnam-based nonprofit organization that trains underprivileged young men and women to succeed in their region's growing 5-star hospitality industry. 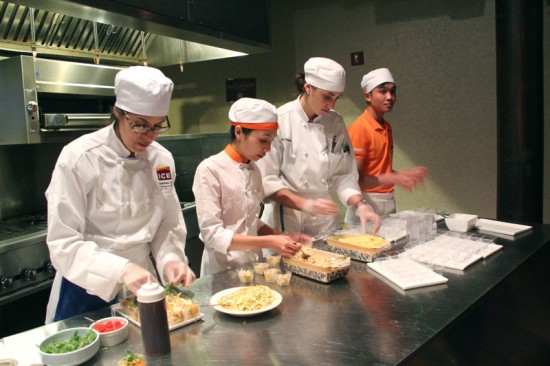 ICE students cooked alongside alumni of the program, Le Thi Thuy and Nguyen Than Linh, preparing traditional dishes served in the STREETS Restaurant and Cafe in Hoi An. It was Le and Nguyen's first time in the United States, an opportunity to spend two weeks exploring the city's culinary industry, culminating with their appearance at the annual benefit, held at the Astor Center. For two students who couldn't speak a word of English just two years ago, Le and Nguyen presented the dishes and culture of Vietnam with exceptional poise and enthusiasm. 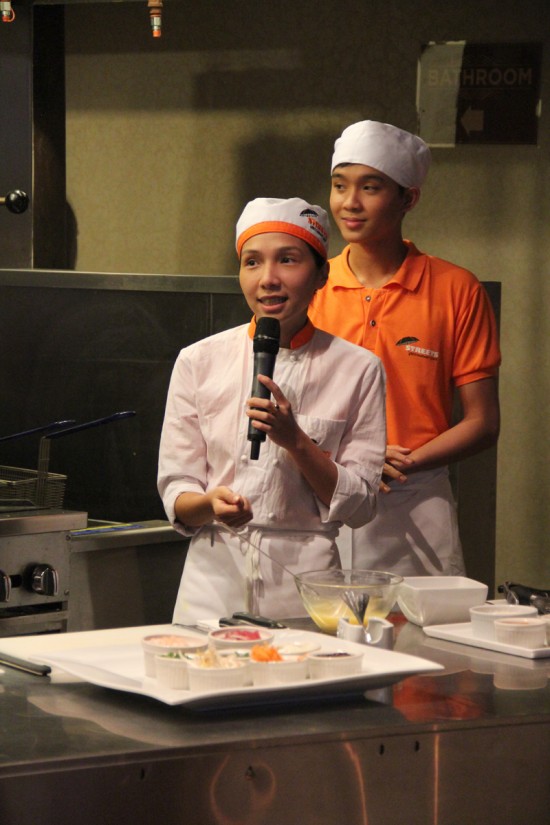 STREETS was founded by Dr. Neil Bermas and his partner Sondra Stewart in 2009. Today, their 18-month training program for disadvantaged Vietnamese youth is hosted at four locations in Hoi An: The STREETS Restaurant and Cafe, a training center, and two single-sex dorm houses.

As for the dishes served at the fundraiser, a range of celebrated New York restaurants provided unique tastings. The line-up included August, Blue Smoke, North End Grill, Nightingale 9, Rosa Mexicano, Kuma Inn, Edi & the Wolf, Num Pang and The Meatball Shop. Thanks to the help of STREETS' many benefactors, including local culinary leaders such as Howard Greenstone (Rosa Mexicano), Phillip Baltz (Baltz & Company), Mark Maynard Parisi (Blue Smoke), and ICE President Rick Smilow, the event was a rousing success. It costs $1,800 for one student to complete the training program, and the benefit raised more than $125,000 for the organization.

Thank you to all the members of the ICE community who came out to support this incredible cause. As Dr. Bermas mentioned in his speech, we couldn't be more proud to be part of such a generous industry.