Fermentation with the Flavor Maker of Hudson Valley

As a young chef, Jori Jayne Emde was taken aback by how much food waste was produced in the restaurants she worked in. At the time, she felt it wasn’t her place to say anything, but this was the initial inspiration for her decades long journey of whole utilization and fermentation.

After over a decade of collecting and translating historical culinary manuscripts, Jori has largely taught herself all about the inner workings of “controlled rot” and sells her creations at Lady Jayne’s Alchemy. Today, Jori is known for her fermentation and herbal alchemies that focus on terroir and wild fermentations — basically, how each fermentation changes depending on the environment that it’s created and fermented in.

In 2013, Jori helped to co-found Fish & Game — the widely acclaimed and award-winning restaurant — alongside her husband Chef Zak Pelaccio, ’98 alumnus of ICC’s Professional Culinary Arts program. At the Hudson Valley restaurant, Jori is responsible for making all of the vinegar used at Fish & Game out of spent wine from previous services and unused samples left by importers. She is also responsible for the restaurant’s impressive larder of other acetic and lacto ferments & preserves, both sweet and savory.

This past November, Jori held a workshop for our Professional Culinary Arts + Farm-to-Table program, where students learned all about how to ferment using different ingredients. After the workshop, students brought home mason jars filled with their soon-to-be vinegars and were inspired by how they could use these in their daily family meal preparations — where they would soon be cooking for hundreds of their fellow classmates, as well as ICC students and staff.

Chef Ben Grebel, Culinary Chef-Instructor & Farm-to-Table Coordinator, participated in the workshop with his students and was inspired by the symbiotic fermentations of vinegar. He helped the students to create three vinegars to use throughout Level 3 of the program, when the students prepare daily family meal for lunch service. In addition to the red wine and white wine vinegars created, they’ve also made a malted beer vinegar which Chef Ben is especially excited to use in a fish and chips dish. 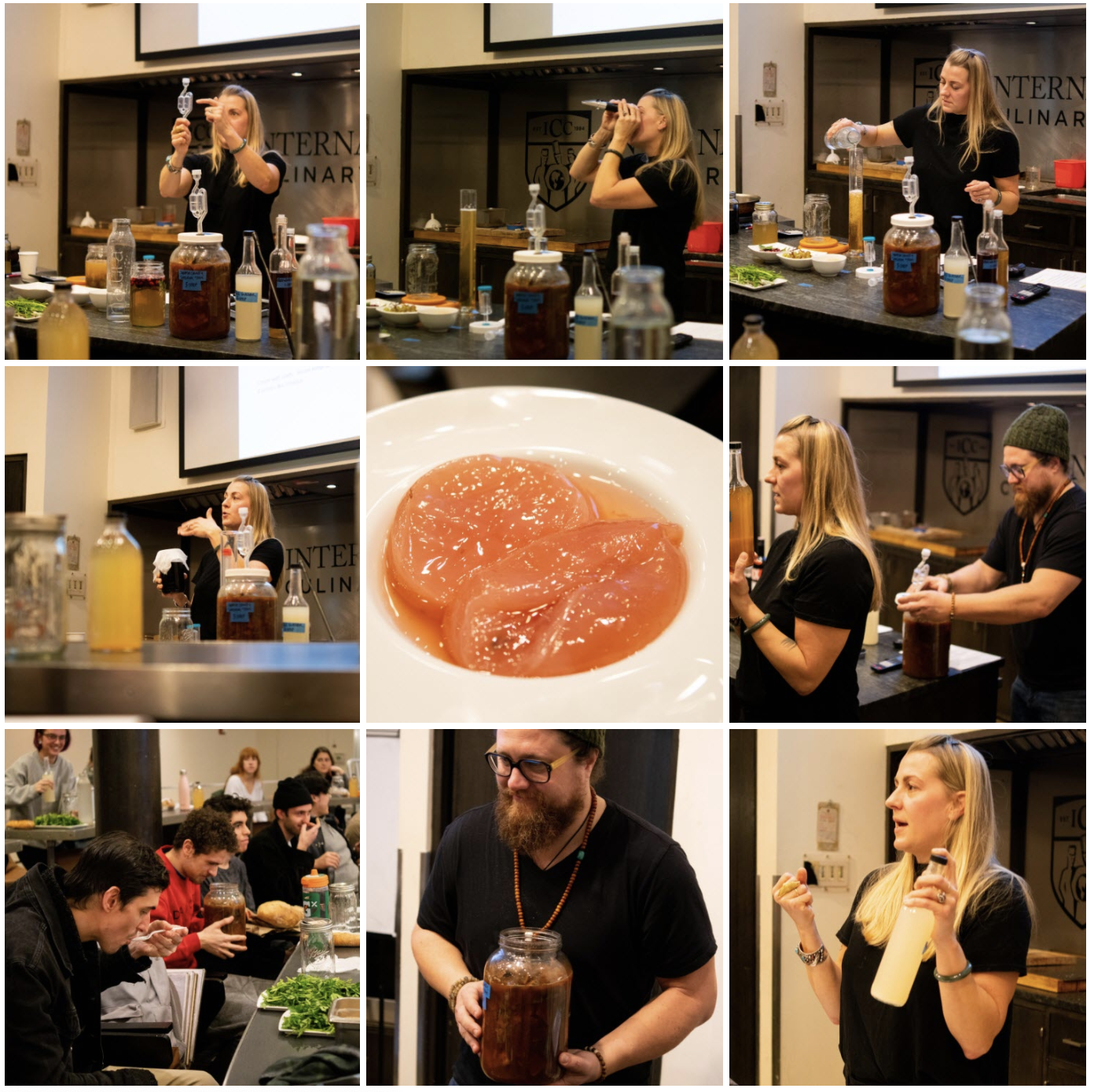 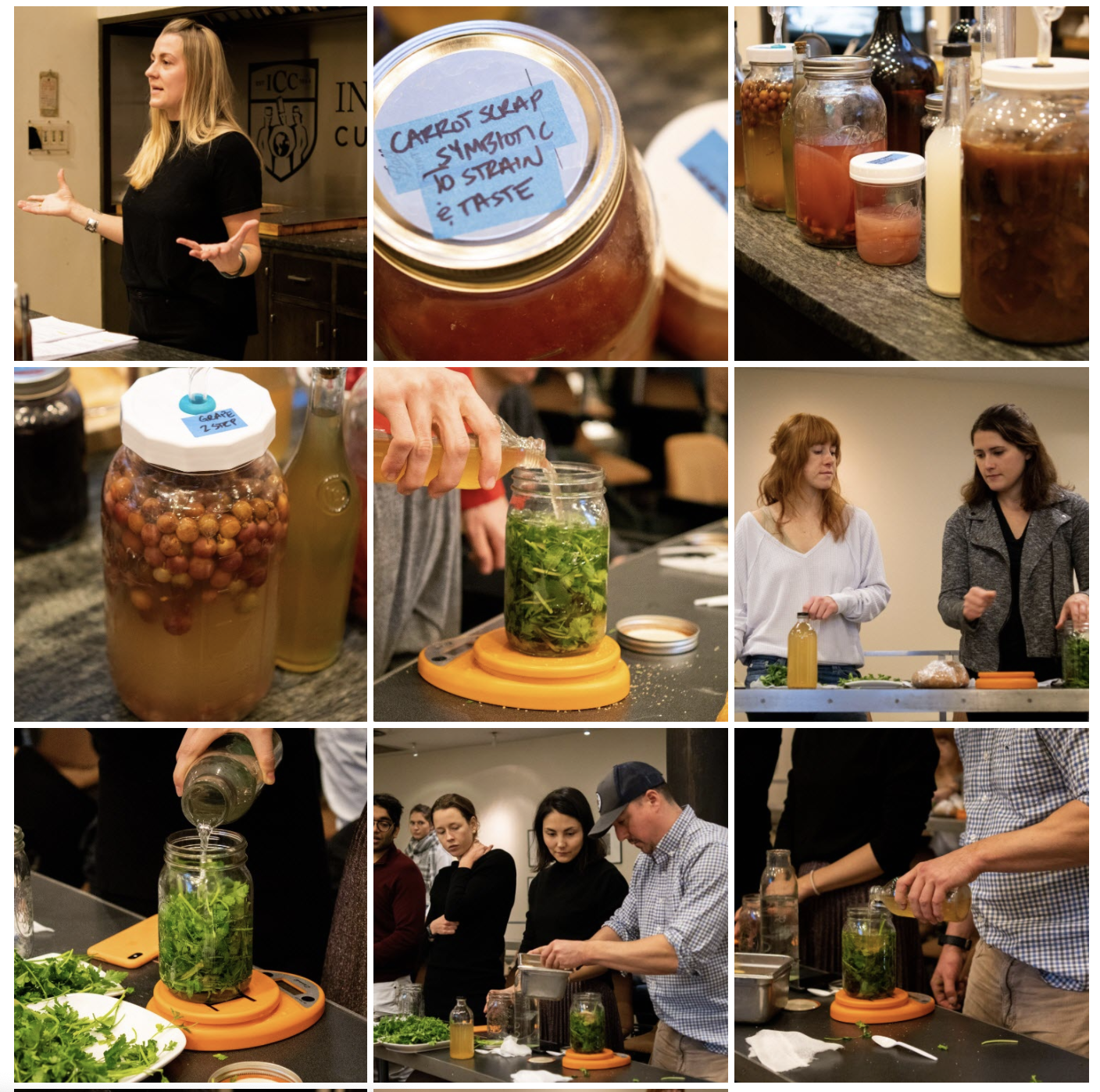