Christina Tosi is All About Cake

Christina Tosi is a pastry force to be reckoned with — the two-time James Beard Award winning pastry chef and graduate of our Professional Pastry Arts program is known for pastry confections that seemingly break all the rules! While the Milk Bar co-founder, MasterChef guest judge, and featured chef of Netflix’s "Chef’s Table: Pastry" juggles an already busy schedule, she has still found time to author three deliciously inspiring cookbooks — "Momofuku Milk Bar, Milk Bar Life: Recipes and Stories," and "Milk Bar: All About Cake." 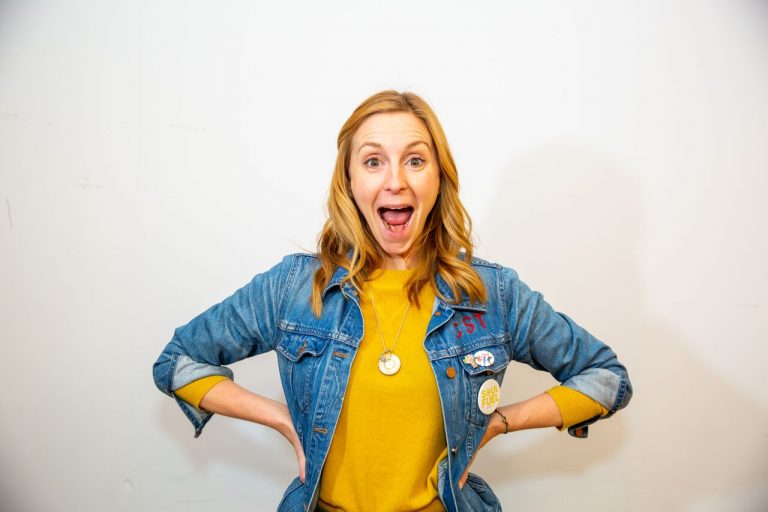 This month, ICC welcomed Christina back to her alma matter for a discussion about the inspiration behind her latest cookbook, Milk Bar: All About Cake, and how she’s developed as an author and pastry chef. While Christina’s built a business known for their creative cakes, growing up, she actually didn’t love cake. She found it to be boring and almost always following the same old formula, spongy bases of barely-there flavor topped with too-sweet frosting. After years of experimenting in the Milk Bar kitchen — and recently opening her 15th store — Christina has built a brand embracing the fantastic potential of cake, establishing that cake can (and should!) have personality, integrity, texture and visual appeal! 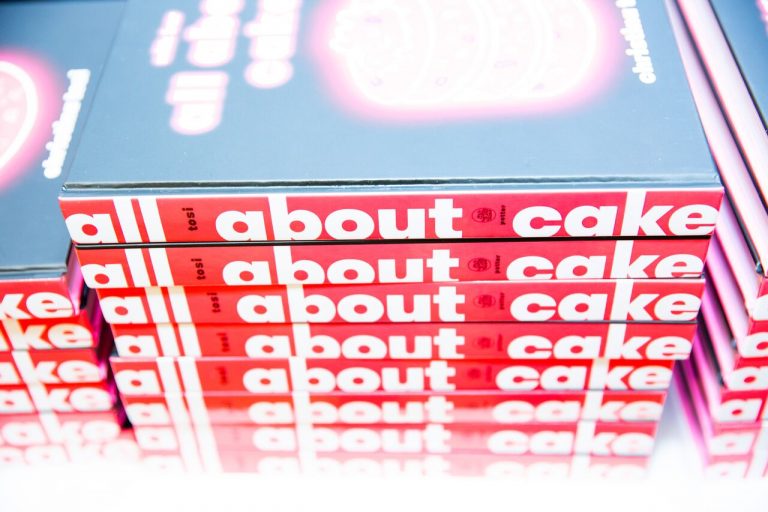 These four characteristics that cake should have are the basis of Christina’s ground rules for cake. In writing her third cookbook, Milk Bar: All About Cake, and developing her love for cake, she found that as long as cake had personality, integrity, texture and visual appeal, you could be on your way to making something delicious. Read below to find out what Christina shared in the discussion about her life and latest cookbook!

THE CAKE MUST HAVE A STRONG POINT OF VIEW, A FLAVOR "STORY."

Every chef has a story, and Christina’s involves taking a leap to move to New York City, having only visited for a day once before. After studying to become an electrical engineer, she realized that what she really wanted was to bake cookies for the rest of her life. So, she sought to get an education to learn how to do just that! 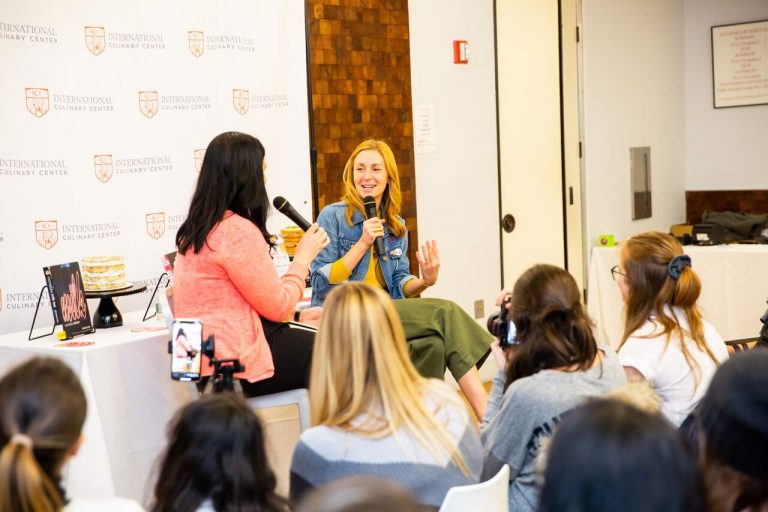 She then used ICC’s job board, what she calls her “greatest resource” at the time, to find internships and jobs that would allow her to work her way through the culinary industry. She was curious about every aspect of the industry and wanted to find her place in the food world, eventually working with two other ICC alumni, Wylie Dufresne and David Chang, which led her to open Milk Bar in 2008.

EVERY SINGLE LAYER MUST BE AMAZINGLY DELICIOUS ON ITS OWN.

Adjusting to life in New York City and attending pastry school came easy enough for Christina, as it does for many of our students, because she was so passionate about what she was learning in the kitchens of ICC every day.

Early on in her schooling at ICC, she realized that she would get out of the program what she put into it. She brought everything she could into the classroom and learned how to be proactive, which eventually grew her career into what it is today. For her, it was the difference between being a good cook and a great cook, and Christina shared that she learned that at ICC.

HIDDEN GEMS OF TEXTURE WITHIN ARE KEY.

Christina’s biggest piece of advice for those looking to open their own bakeries? Make sure you can sell a lot of what you want to bake to pay your rent! Christina shares that you have to love the uphill climb—every day can bring a new challenge, so it’s important to be able to be flexible and diversify yourself when opening your own bakery.

In the early days of Milk Bar, concerns would revolve around ordering enough butter for the holiday season, storing cookies in their original baking facility on the Lower East Side, and whether or not there was enough oven space to fulfill orders. Although these are still concerns of the business 10 years later, now conversations about quality control and hiring become more prevalent for the Milk Bar team as they expand across the continent. Christina explains that your business needs and concerns will evolve over the years, but at the end of the day, it is important to stay true to your brand.

During Milk Bar’s early years, and while baking new desserts for David Chang’s Momofuku restaurants, customers would ask “what’s in cereal milk?,” and “can I get the recipe for compost cookies?”  Growing up cooking at home, Christina was raised with the practice of writing, word-for-word, recipes onto index cards.

Today, her cookbooks have become a way to memorialize the memories of Milk Bar and share how she, and her employees, overcame “…everything in the pursuit of doing what you love and bringing it to life.” The pages-long recipes of her famously unfrosted layer cakes don’t leave anything out, just how Christina lives her life. 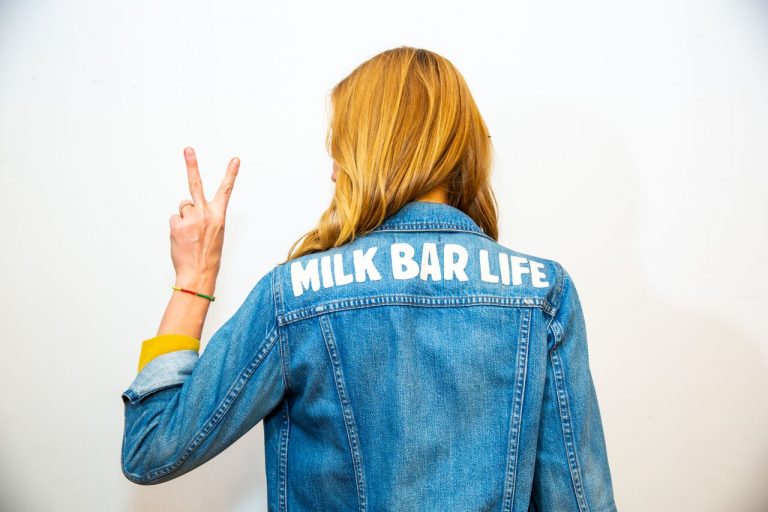 When you read her three cookbooks, you feel like you’re a part of the Milk Bar family, just how Christina wants it to be. In sharing the ideas, flavor combinations, and passions of what motivates her team, she wants readers to see inside the unfrosted layers of a Milk Bar cakes, and go on to create something of their own that’s unique to themselves.

One last piece of advice for those looking to write their own cookbook — publishers look for someone with an audience who is interested, but most importantly, they look for individuality. Christina remarked that the world of cookbooks needs more individual flair. So, when you sit down to write the 200+ recipes for your cookbook, think about what makes you unique and make sure you have something to say.

Christina Tosi graduated from the International Culinary Center (ICC), founded as The French Culinary Institute (FCI). In 2020, ICE and ICC came together on one strong and dynamic national platform at ICE's campuses in New York City and Los Angeles. ICC’s culinary education legacy lives on at ICE, where you can explore your own future in food.