3 Things to Know About Farmed Seafood

On April 3rd, 2019, The Global Salmon Initiative and The Sustainable Shrimp Partnership helped ICC kick off our whole month of event programming dedicated to promoting sustainability in food, farming and business practices to better understand your foodprint.

The Global Salmon Initiative (GSI) is a leadership initiative established by leading farmed salmon CEOs from around the world who share a vision of providing a healthy and sustainable source of protein to feed a growing population, while minimizing their environmental footprint, and continuing to improve their social contribution. Similarly, The Sustainable Shrimp Partnership (SSP) aims to create differentiation in global seafood markets so that consumers can easily find and choose shrimp products produced to the highest environmental and social standards. This month, Jose Antonio Camposano of SSP and Avrim Lazar of GSI gave insightful presentations on how the farmed shrimp and salmon sectors are making sustainability a key attribute in delivering high quality products which benefit our oceans.

For instance, did you know that Ecuador is one of the best countries in the world to get farmed shrimp from? Their use of the “extensive farming” method means that less shrimp occupy their growing ponds than other countries. In Ecuador, you can find some of the world’s leading experts on seafood farming—they have extremely strict zoning policies and regulations against farming in or near natural habitats. Their vertical integration of farming companies, paired with their high level of uniform product are just some of the reasons why the quality of shrimp from Ecuador is almost unparalleled. 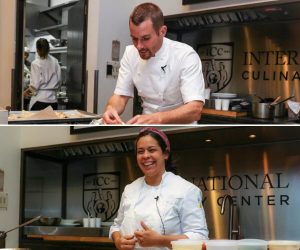 To bring the conversation together and demonstrate how sustainable seafood can be used properly, the two organizations were joined by Chef Ned Bell—long-time sustainable seafood ambassador and Ocean Wise Executive Chef based at the Vancouver Aquarium—as well as Chef Gabriela Cepeda—the owner of La Central Deli Shop in Guayaquil and former Head Chef of the Presidential House in Ecuador for 4 years.

These two companies are founded on the principle that sustainability matters. Unfortunately, in farmed seafood, that isn’t always the case. There are many misconceptions that all farmed seafood is bad—that it’s raised in diseased-riddle habitats, the end ingredient is loaded with toxins and less nutritional value—the list could go on. In reality, there are pros and cons to almost every industry in the world, but educating yourself on organizations that are minimizing their environmental impact and changing the industry as we know it is key.

Below, find three facts that will illuminate your understanding of farmed seafood, and see why it’s vital for the health and wellness of our planet, and all of its inhabitants. 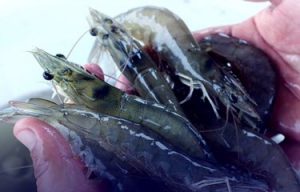 You read that right. The world’s population will reach 9 billion by 2050. As of April 2019, it’s estimated that the current world population is at 7.7 billion, so the 9 billion mark could be reached sooner than we think.

You may be asking yourself, why does this matter?

Global seafood consumption has more than doubled in the past 50 years, which has put real stress on the sustainability of fishing. According to a study from 2011, global demand for seafood that we eat (and not just use for other purposes) is 143.8 million tonnes per year, and the overall consumption footprint, which also includes other uses of seafood, is 154 million tonnes. To preserve our Earth, ocean & species, finding new food sources, and how we cultivate them, is imperative.

PROTEIN DEMAND WILL DOUBLE BY 2050

Millions and millions of tonnes of seafood is consumed each year worldwide. As diets change, populations grow and resources are stressed, there will be less room for protein produced on land. By 2050, double the amount of protein will be consumed worldwide, which is another reason why sustainable aquaculture will play an important role in feeding the Earth’s population.

50% OF SEAFOOD IS FARMED 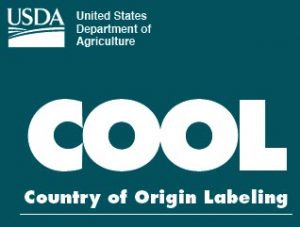 In order to protect and support wild caught seafood—and also to meet the demand of consumption worldwide—over 50% of seafood is now farmed. This has its pros and cons. While it protects wild seafood from becoming over fished, many of the countries where seafood is farmed don’t have strict regulations like the US, resulting in negative effects on the environment. Knowing where your seafood comes from and asking if it was raised in a sustainable way can help to counteract this.

Farmed seafood is not bad—in fact, it is helping to save many species from over fishing and is creating new ways to feed our growing population. But, it is important to keep in mind that not all farmed seafood is created equal. Finding companies like GSI and SSP who fight for properly farmed seafood regulations and practices is how this industry will grow into the next food movement that will change the world.