How to Cleanse Your Body & Nourish Guests

In winter, one should eat more bitter and cold foods to stay in harmony with the inward movement of the season.” — Master Herbalist, Lǐ Shízhēn (1518-1593)

Herb Your Way to Healthy During the Holidays

During my time as a cook, I had to show up to work no matter what. When the restaurant needed me, I had to be there — there was no concept of sick days. Most kitchen cultures even promote the idea of showing up to work sick, as a matter of pride. So getting sick meant working sick, which leads to decreased productivity and ultimately lost profit. Since winter is usually the busiest season for a restaurant (and also when we’re most likely to get sick), I had to learn how to invigorate my immune system and build a stronger body.

If I was to stay competitive and cook for some of the best chefs in New York, staying healthy took priority above all else. Even for non-chef civilians, the holidays are a time of family, celebration and lots of food. Consuming excess amounts of food, especially rich, fatty foods, can stress the gallbladder and liver. Cleansing is crucial for allowing the body to absorb food. Apple cider vinegar and lemon juice with water every morning is one quick way to cleanse and stimulate the gallbladder, aiding digestion and liver function.

But for those who want to take their cleansing a step further, herbs are especially helpful with balancing stress hormones so our bodies can focus on digestion and detoxification. Many of them can be easily incorporated into our typical recipes and routines. Before I get into the specific herbs, here’s an overview of herbal traditions. 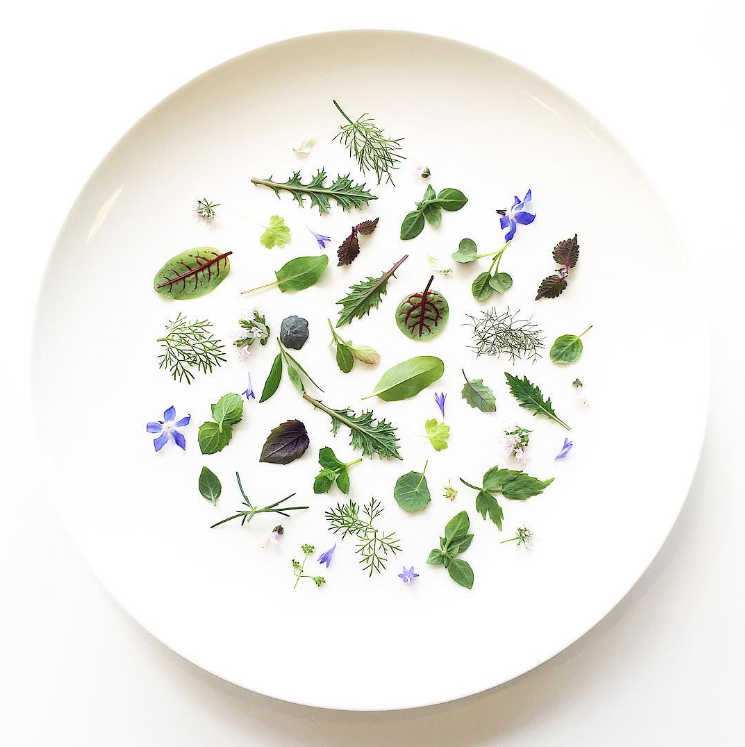 As an herbalist, I believe it is important to consider all herbology traditions in forming your own beliefs and practices. I’ve noticed that Eastern and Western medicine study identical phenomena — both have their strengths but are in need of some refinement. Perhaps they could borrow lessons from one another. That's why I rely on a combination of European herbalism, traditional Chinese medicine, Ayurvedic medicine and American eclectic medicine.

Matter of Perspective: Food or Drug?

If, like Hippocrates, we consider food and drugs as serving the same function, we can incorporate concepts of medicine into our eating habits. For example, one concept that I borrowed from Chinese medicine is eating according to the seasons — when it’s cold outside, it is best to eat “cooling foods” such as borage. When it is warm, it’s best to eat “warming” foods like fennel.

This may seem counter-intuitive, but when food is ingested, its temperature adjusts the temperature of the body. The weather, however, always remains external. By cooling the body with herbs and down-regulating our internal core temperature, we can diminish the temperature differential between us and our environment, decreasing effort needed to heat our bodies and preserving precious energy for harsh conditions.

During winter months, Qi (the vital energy that forms part of our material body) is said to reside at a deep level within the body. This is why traditionally winter is seen as a time of rejuvenation and rest. Nourishing energy reserves is especially important at this time.

In ICE's indoor hydroponic garden, we’re able to adjust our environment and grow the plants of our choice year-round — including some deeply nourishing herbs. The goal is to mimic nature and consistently produce for high nutrient content. Here is a list of some of the plants we grow, along with their benefits and ideas for incorporating them into recipes:

I was first introduced to anise hyssop while working for a neurologist chef from Spain. Anise hyssop is part of the mint family and a perennial native to North America. In herbal medicine, a shock or trauma causes a “Shen disturbance,” causing the Shen or “spirit” to flee the physical body. The Shen is seen as residing in the heart and following shock or trauma it must be restored to the heart in order for healing to occur.

The earth-spirit medicine of Anise Hyssop does exactly this, and its flower essence also brings back sweetness. The leaves and flowers are edible and may be baked in breads or added to salads. This herb smells like anise — notes of lemon, pine, sage, black pepper and camphor abound. Anise hyssop is the secret ingredient for many chefs when creating savory recipes that require a touch of sweetness or dessert dishes that benefit from sophisticated aromas. 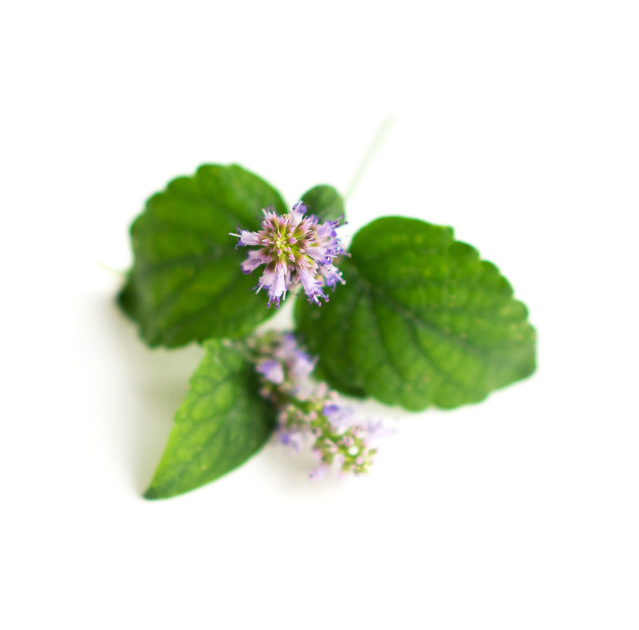 While studying at Arbor Vitae School of Traditional Medicine in New York, I discovered this delicious herb deep in a Northeastern American forest. Many Native Americans consider bee balm a medicinal plant. It has been used to cure colds, frequently made as a tea. Bee balm is a part of American history; a popular tea substitute for the imported variety amongst the mid-Atlantic patriots in the wake of the Boston Tea Party. That period was probably the height of bee balm’s popularity.

My favorite way to prepare bee balm is as pesto. Its spicy aromatic oils echo marjoram, oregano, thyme and mint. The leaves are potent — the flowers in particular pack a punch. Bee balm is a great addition to any existing pesto recipe as it blends well with basil. Try as a gremolata with parsley or anywhere strong pungent herbs are needed.

Just about every high-end restaurant I’ve worked in has used this once-famous herb. The sight of borage flowers at Farm.One brightens my day. I often eat one or two when no one is looking. This herb can be used to sedate and calm a deeply worn out nervous system. Rebuilder of the adrenals, borage is a deep-acting nervine suited to times of exhaustion and low spirits.

Borage is a great addition to any diet — it's a good source of thiamin, folate and Vitamin B6 and and a very good source of Vitamin A, Vitamin C, riboflavin and trace minerals. The leaves of borage have a fresh cucumber-like taste. Cook the leaves as a vegetable to avoid the prickly hairs. We grow baby borage as it is smoother and easy to eat as a raw salad green. Borage flowers taste like the leaves but can be much sweeter, with notes of fresh oyster. 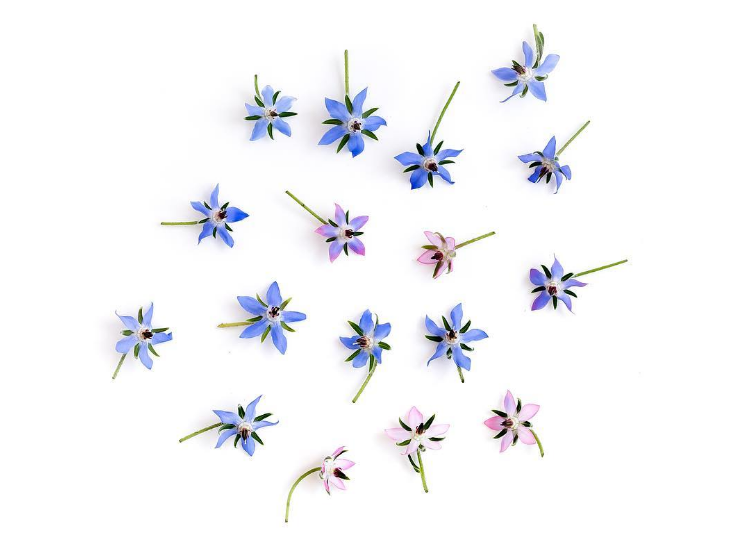 While learning French cuisine at one of Jean-Georges’ restaurants, I learned to appreciate fennel’s versatility and the number of possible cooking applications. Fennel was highly valued in the ancient world by Romans, Greeks, Egyptians, Chinese and Indians. In Ayurveda, fennel is considered neutral to slightly warming energetically, balancing to all three of the constitutional body types (Vata, Pitta and Kapha). Fennel has been utilized to relieve gas and enhance digestion.

Fennel is also said to be nourishing to the brain and eyes, calming to the spirit and stimulating to the libido. Due to fennel's gentle nature, it is used to support digestion in infants and children and can be given to nursing mothers. The baby bulbs are especially tender when grilled, braised or even raw as a salad. Use fronds as the finishing touch to any dish to add a hint of sweetness. Harvest flowers when pollen begins to develop.

Working on a rooftop farm in Brooklyn exposed me to nettles. The stingers buried themselves into my skin like mini hypodermic needles — and I enjoyed it. Want gorgeous hair and strong nails? Drink Nettle soup. There are so many curative properties of stinging nettles. Though we try to work around the stingers to avoid the rashes they produce, nettles can be handled safely and have many anti-inflammatory benefits. To get the full effects of nettles, brew the whole plant “low and slow” like a stock. Nettles work great in stews and braises — cook them just like you would with kale or mustard leaves.

I discovered this herb while visiting a tea shop recommended by a chef friend working at Atera.  At Farm.One, we are lucky to have tulsi grown fresh all year-long. Tulsi is widely regarded as a preeminent herb in Ayurveda. Classified as a rasayana, tulsi is in an elite class of adaptogenic herbs that are prized for their ability to fundamentally restore harmony in the mind, body and spirit.

Tulsi’s greatest benefit is the restorative effect it has on the nervous system. It’s a powerful corticosteroid modulator with the ability to reduce circulating stress hormones in the body — ideal for our hyper-stimulated digital age. Brew fresh tulsi leaves in boiling water to make a powerful tea. Sipping on strong tulsi tea can pack a narcotic-like punch — chronic stress patterns are interrupted as warm feelings of peace and serenity envelop the body. I have also added fresh tulsi juice to my morning smoothies. The Krishna variety is especially powerful.

Herbalist Matthew Wood calls yarrow the “master of the blood” and the “master of fever.” Yarrow regulates the fluids in the body, cooling or heating as needed by moving blood toward, or away, from the skin’s surface. Consuming a warm cup of tea made with yarrow leaves will open the pores of the skin and release heat. Or, drink as cold tea to stimulate digestion and the kidneys, relieving fluid retention.

Yarrow is a relatively new herb to chefs, full of potential. It has a sweet, slight licorice scent. Sinuses flood with a perfume similar to cardamom. Being a soft herb similar to tarragon, high heat will destroy its flavor. Since yarrow is sweet, it has many applications in desserts. Sorbet, ice cream and fruit go well with yarrow.

Click here to receive more information on our career programs and get growing in ICE's hydroponic garden!